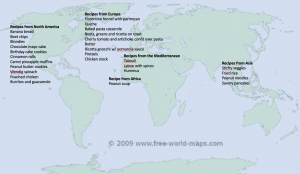 Need a break from my last political screed? Me too – and from the obsessive news reading that lead up to it. I’ve been trying not to get wrapped around the axle for the past few days, get better sleep, do some sort of exercise, and eat healthy. There is more under the sun than the administration’s f^%$-ups, and I can have very little effect on the administration’s f*&^$-ups. So…

To begin, the world’s smallest salad:

These come from two growing projects here at home. One is an indoor garden (called Veritable) with a grow-light. I’ve been growing basil, cilantro, chives and cherry tomatoes since the year began:

The other is a low-tech “quilt” of seeds (company called Hamama) that you place in a tray of water. They are “micro-greens” of different types, like kale or daikon or mixes of seeds in a given quilt.

All pretty unsustainable from here, since they rely on proprietary pods and quilts, but still – the experiment came at a pretty opportune time since I have gotten a big kick out of taking care of them while I’ve been on lock-down. Above anything else, it’s the feeling of having grown something – never one of my personal gifts – and being like my mom, who was a green thumb extraordinaire, that has been really fulfilling about it. I was literally hopping around and squeaking when the first shoots came up!

Here’s what I’ve tried to make since this lockdown started:

I laid them out on a map and was surprised that the Global North is so over-represented (but, why should I be? I’m a reflection of an unbalanced world) and that the sweets are all from the U.S. – or, rather, I didn’t know where to classify them. Peanut butter cookies? Cinnamon rolls? Banana bread? They just seem like Heartland U.S.A. to me, but I could easily be wrong.

So my commitment for upcoming recipes is to focus on tastes from other parts of the world than Europe and the U.S. My plan for tonight is a Punjabi-style red beans dish called “Baked Rajma”.

Several of my recipes have come from the free part of the NY Times website, though not all. Some are linked below, and I’m happy to share any others, too. Just drop me a note in the comments or on Facebook with your email address.

Wendig, referenced above with the best vegetable for his spinach recipe, is this author I follow online named Chuck Wendig (blogs here) who is nuttier than a fruitcake, who writes horror genre books I nearly universally could not read without nightmares, and who out of the blue posts recipes that have always sounded really fantastic. The spinach is as good as advertised, served here with eggs and toast!