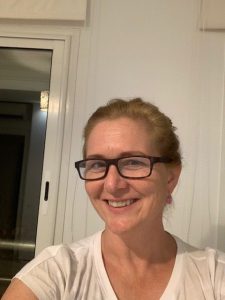 Reading waaaaay too much this year: check out these heinous reading glasses! Probably from reading on screens.

Two books are in the running for my “Book of the Year So Far” prize. There’s no purse or recognition beyond this blog, but if you, dear reader, trust my taste, start here!

This book is utterly delicious. The first-person protagonist is an elderly woman in Beirut. She has seen and lived through it all – while working at a bookstore and maintaining her hobby of translating books to Arabic from French or English. Yes, bombs exploding, young men dying outside her window, her family assigning her a husband and then disowning her when she figured out how to make him divorce her – all while she’s studiously gaining and deepening her knowledge of world literature and translating it to share with the Arab world. I just don’t know how anyone could maintain focus in such an environment, where she as a person is un-valued and her life (like the lives around her) are un-valued… But the tale is so realistic, it feels like an autobiography or memoir. The lesson on literature itself is worth the read – and so enjoyable you won’t even realize you’re learning something.

There’s a twist at the end of the book that is stunning, but there was an even bigger one awaiting me when I closed the “cover” and saw that a man had written it. The protagonist and her retelling feel so true it was a shock to my system that it wasn’t written by a woman.

This book is a masterful, weird, unexpected delight. The style is something like that of a fable. The first chapter felt a bit weird but the characters were so engrossing I didn’t think twice about it. There are clever, sweet nursery-rhyme-ish metaphors and similes that smack of dangerous, painful, or illuminating subtext. Every sentence feels crafted, without the self-conscious snobby sound of someone who is trying too hard.

Two kids in a Montreal orphanage are born performers with musical and other talents. They’re in love from a young age, fettered by an evil nun and eventually separated. They work their way back to each other through mafias, drugs, prostitution, theft… See how it’s not at all a fairy tale? Together, though still in the clutches of the bad guys, they stage their dream show, while attempting to escape. Except they have two different ideas of what escape looks like.

There’s something of Tom Robbins in here – because it’s such a carnaval, and the otherworldly writing style. But I gotta say: the female protagonist has a lot more agency than the ones in most of my beloved Tom Robbins books. I won’t give away anything else but I will share a few sentences I can’t keep to myself, they’re so freaking gorgeous:

THIS GUY IS A SCREAM. I cannot plug these books enough – they are hilarious, well-written, and plotted beautifully. It’s set in a city in Ireland, with a light-touch application of applicable sounds and speech, and deep respect for the characters’ backgrounds. You’ll learn things you never knew you were missing, snort coffee out of your nose, and be dragged along by suspense through the four – yes, four – books of this trilogy. If you’re a Kindle subscriber you can get them in your subscription; if you’re not, the whole lot is reasonably priced. I haven’t seen them at my library yet. There is a follow-on trilogy I’ve started on that has all these characteristics as well – so it’s a gift to yourself that you can enjoy for a long time.

While we’re talking about Dublin crime masters, I also read the Wych (or Witch) Elm and The Likeness, by Tana French, both of which are masterfully creepy and beautifully characterized, as is Ms. French’s style. But her books get a lot of good press (which is of course not a bad thing) – so I wanted to give Pride of Place to Caimh McDonnell, above, because comic thrillers occupy a space on the theoretical bookstore shelf that is enormously valuable for my state of mind.

I haven’t seen these translated into English yet, but thank heavens I can read Spanish because they are so much fun. Anne Capestan is a disgraced police captain who is called back for one last chance: running a squad of complete misfits. Dry humor, an utter absence of cliche, unexpected stories, great turns of phrase – does anyone know a good French-to-English translator to send these to, stat?

How to Be Famous: A Novel, Caitlin Moran

Caitlin Moran is a columnist in the UK with a stunning wit, and her collections of essays first reeled me in a few years ago. She has two novels, of which this is the second – both about a moderately hapless and completely adorable young woman making her way in the music industry as a writer. Moran is unabashedly feminist but never preachy. She puts the main character in wretched situations, ones some of us might recognize but we’d never want to admit it. She has to fight her way through while keeping her sense of self, a self who’s a woman, and who’s at least partially in these pickles because the world doesn’t always make life easy on women. Oh, man, this book rocks!

The Colour of Magic, Terry Pratchett

I want to like Terry Pratchett, I really do. I think any lover of Douglas Adams (I am an honorary galaxy hitchhiker myself) should probably get Terry Pratchett and Neil Gaiman. I read Dodger and The Colour of Magic (first in the Discworld series, which has like 41 books! That’s a vein I wouldn’t mind mining…) I will give it another shot with Light Fantastic, but not right away.

This book is set in London and stars a young-ish woman who’s trying to find creative work, be true to herself, love her family, and honor her heritage. She ends up teaching a bunch of elderly Indian women to “write” – but their abilities are both lesser and greater than the protagonist bargained for. They’re into the hot stuff. The book is fun and breaks down stereotypes by its very title.

Waaaaaay more cerebral and ethereal than anything else on this list, and that much more challenging of a read. This is the story of an artist who, I believe I read somewhere, is modeled on Leonora Carrington. I only picked it up to read because of that – I knew my dear friend Jess had written her thesis on Leonora Harrington. It wasn’t easy to get through, because it’s sort of dream-like – but the story of an artist trying to create under the shadow of her partner is engaging.

This NYC story is light-hearted (though containing some difficult stuff about families), with a cast of characters from down the block. If your block is in the middle of the world’s most diverse megalopolis, where anyone can and does build their lives after coming from pretty much anywhere on the planet.

This was a GREAT read – unique in that it’s built on emails, bills, digital detritus from someone’s life, rather than a straight narrative. The titular Bernadette is a mom, a Seattle denizen, and a lapsed architect. She has to get back to herself but the pathway is covered with blackberries and snow. Quite an unexpected brilliant find.

Shadow of Night and A Discovery of Witches, Deborah Harkness

I don’t want to write too much about this series – it’s already so popular. I’m on the waitlist at the library for the next one – 80 weeks. That’s right. Anyway vampires are not my normal cup of tea, but I like witches well enough – so I tried this out. Grabs you and pulls you in.

An American Marriage, by Tayari Jones

This one was a challenge for me, because the subject matter is painful. But I think it’s worth the journey. I end today’s post with this one, as the Women’s Prize for Fiction winner !

Next week: More fiction categories! Just when you thought you were safe! 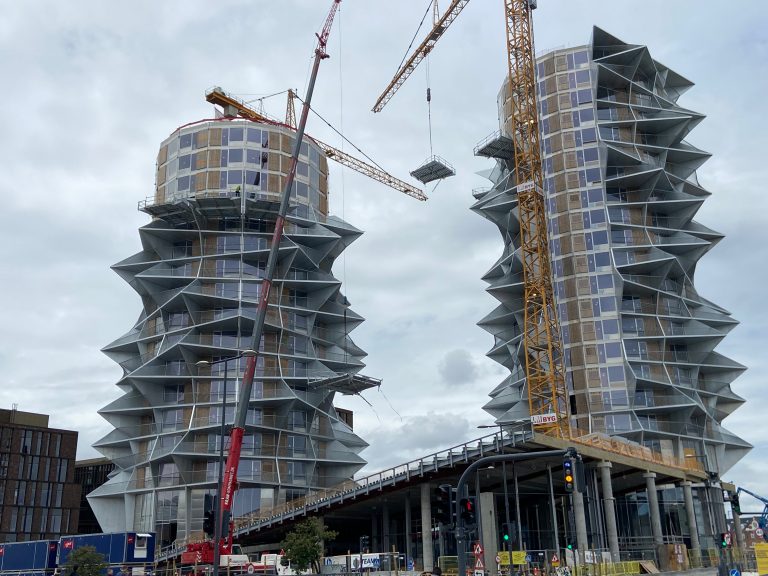 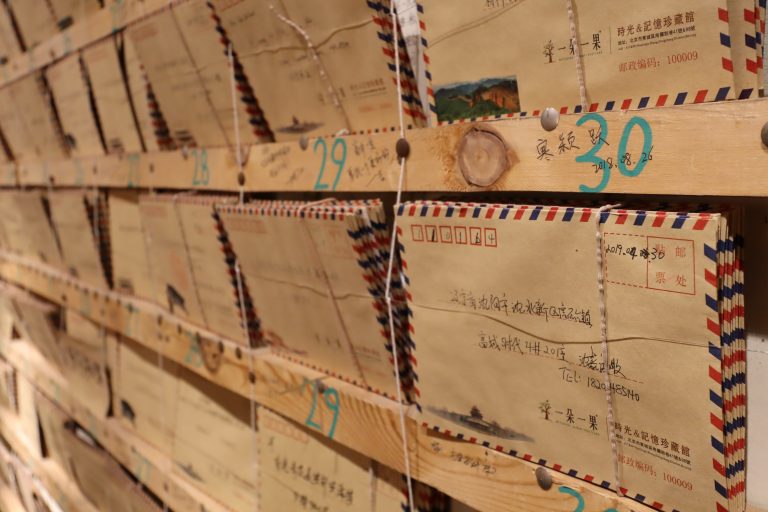 Letters to my aunt 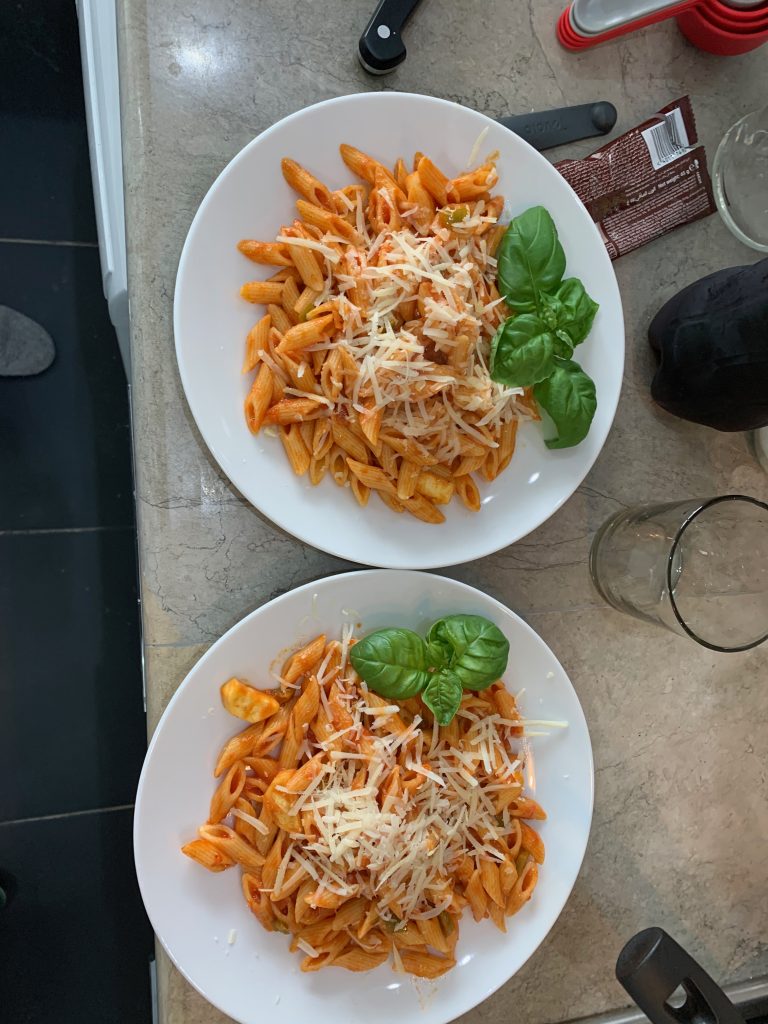