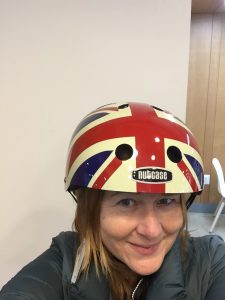 It takes a strong person to go through this lockdown business. Count yourself among them – if you’re reading this, you must be still in possession of all your faculties, and capable of discerning quality entertainment for your quarantine downtime. Ahem.

I’m being careful not to expect miracles out of myself just because I’m not busy at work and stuck at home. I know there’s a lot of anxiety and weirdness and certainly time spent connecting with loved ones. It might not be the best time to attempt to write a novel. But if I could come out of this with something positive, what would it be? Things I’d like to devote some time to:

So far it’s just the cooking, but that’s been really good too.

I’ve been fascinated by the parallels and divergence between two cities in Italy, about forty km apart from one another: Lodi and Bergamo. Everything was the same – infection rates and growth in infections – except one locked down about ten days earlier than the other. The leveling off wasn’t instantaneous but it was potent, once it happened. It caused an incredible difference between the two sites in duration of the crisis.

Florida has waited longer, while Alaska canceled most events two weeks prior (though not all non-essential businesses, as my sister noticed.) Alaska’s outbreak is a fraction of that in Florida. Of course, they’re very dissimilar, unlike Lodi and Bergamo, but we have to think locking down is a smart step.

Unless of course you’re an evangelical Christian pastor in Idaho, and you want to get 1000 people together on Easter for the best possible viral propagation. You’ve got to be awfully damn sure of your God before you go putting your parishioners – and everyone else in your community – in harm’s way.

I don’t know about you, dear readers, but that kind of faith is exasperating – there are some things on this earth that are pretty solid, even if you believe in God. A global pandemic is one of them. Stay home, ya numbskulls!

It’s all well and good when you can post about amazing dishes you manage to concoct despite decades of swearing you don’t care about cooking and would rather have a bowl of cereal for dinner.

But they don’t all go as planned. I really want Ramon to like the dishes, not just because I want him to enjoy his meal but because if I make anything more than one night’s dinner, I’ll be stuck eating it if he doesn’t like it.

This moderately unattractive soup became pink suddenly at the end of the long cooking process, when I used beet greens instead of collard greens. Beet greens – in addition to their impressive dyeing ability – also are quite bitter. The texture was good but overall I don’t recommend this particular substitution.

Also in the photo: roasted fennel with parmesan. This was another experiment that went a bit awry. I should probably have taken off one more outer leaf, because that outer skin is pretty woody. The parmesan is good but it could have taken another cup, easily.

The tabouli is a great idea and the first few days it was pretty tasty – despite me using rice rather than couscous (in Tunisia, the HOME of couscous! Blasphemy!)

Anyway Ramon was having none of it. Now at day six (?), there’s a funny wang to the taste – I’m thinking it’s time to let go of my high hopes for the tabouli. This isn’t a time to throw away food, especially fresh veggies, but neither would it be propitious to get myself sick. Since Ramon hasn’t eaten any of it since the second day!