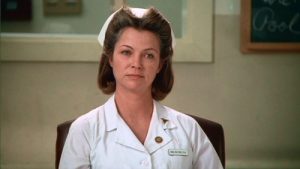 Here’s an idea, for all my thirty- and forty-something friends out there. Get long term care (LTC) insurance. You think I’m nuts? You think it’s a weird thing? I’m watching family and friends needing long term care right now, fighting systems, facing bankruptcy, looking at… gulp… Medicaid. You wanna be on Medicaid, or – worse – make one of your family or friends fight to get you Medicaid because you’re bunged up and can’t do for yourself anymore?

Wow. I just realized, I have become my father. He sold insurance for something like 40 years. And I always thought, ewwww. No interest. He wanted me to take over his business, selling insurance. There were lots of reasons to turn him down, however gently. I would have been miserably bad at it, it was in St. Louis (where I didn’t want to live), and I had other dreams. But look at me now, exhorting my friends to get LTC.

It’s just that my friend, who I’ll call Leonard so as not to invade his privacy, is in bad shape, in the hospital. He has been there five freakin’ weeks. He got poor care and lost weight, hydration and (as a result) his wits. He hasn’t been able to take care of himself. He has Aetna insurance, which you think is good, till it’s not. You also have to be able to fight with the inaptly named “Customer Care Representatives.” And he can’t. Leonard, the guy who would fight with Comcast for an extra three months of free HBO (and I’m telling you, he got it! Repeatedly!) But without an advocate, and without his vibrant, ebullient, healthy love of arguments, he has lain in that hospital bed, getting further and further in debt. The bills are already arriving, even though he has only just these past few days started to come back to the land of the living.

The one advocate he has – an angel, a “shirttail relation” who also happens to be a social worker in DC – is working on getting him Medicaid. It’s complicated and arises in part out of his previous questionable financial management – but any of us could find ourselves on that path, with one illness like Leonard’s. He might never get a lot better, unfortunately. He’s 57. But he may have to go into long term care on that damned Medicaid. That’s why I say, get LTC insurance. Get something that backs you up.

Dad was right all along, of course. I’m no fan of the insurance companies, but if they keep me a step or three ahead of insolvency, and keep me from being a burden on my family, I got those premiums covered.