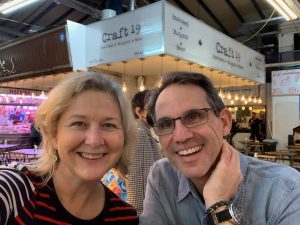 Okay, so that was still during the asterisk presidency, the idiotocracy. Even if we give you a mulligan, it’s not like you’ve taken every opportunity to shine. You had the fastest-developed, most effective batch of vaccines in the history of humankind. How did it end up like this, with people talking about DNA scrambling and nano-trackers? Despite the very REAL EFFECTS of the most studied disease in memory, a bunch of mooyuks are getting their jollies (and selling their supplements) by preaching an anti-vax gospel.

And I promise you, 2021, old pal, if I happen to run into one of these protestors carrying a “MY BODY, MY CHOICE” sign (on the reverse of which is their sign for anti-choice protests), I will throw them in the Potomac. The protestor, not the sign. Okay, the sign too.

Had about enough of the Greek alphabet

I wouldn’t mind not hearing any other letters of the Greek alphabet for a good long while. Here’s a tip, 2021: instead of giving us increasingly mutated versions of a virus we never wanted anyway, why not try to get us back to normal? Why not put people back in the air, safely?

A bunch of useless medical garbage in the summer (including two – count ’em – two colonoscopies, a house fire, recovering from the house fire, and a Democratic Party that does nothing but fight itself like a bunch of morons.

Then traveling in the middle of the latest wave of COVID. CRAP!

But you know I can’t leave it like that.

There was so much. How to count it?

To say nothing of having good work, a safe escape in Tunis, friends to help and to look out for me, and the means to overcome a setback. Without Lisa and her family, their great sunny house, my gym torturers Sabrine and Houssem, our driver Ibrahim… I would have been in a much more major pickle. Instead, I had time and space to take care of myself, hold Ramon’s hand through the rough bits, and move forward.

I keep cooking and even made New Year’s dinner – pasta carbonara! And we have had a gorgeous ten days in Spain with Ramon’s family. My family!

Ramon’s brother and his wife had a baby – the first from among six siblings! – and that is a LOT of goodness in just a few pounds of Little Leo. (I’ll refrain from publishing a pic till his parents okay it.)

We also got a new president in 2021 (an actual president!), the first woman, first African American, and first Asian American vice president, and we got to tell the world we’re not all a bunch of duped rubes. That ain’t nothing, after the asterisk presidency, the insurrectionist in chief, the thumping moron who we loathe equally so I’ll stop there.

I complain, I do. I have had some down moments. But I’m happy – very happy, deliriously happy – with all the important stuff of my life. I wish the same for all you readers, with love and affection, and a big cheers for 2022!