My name is (not) Melle Mel 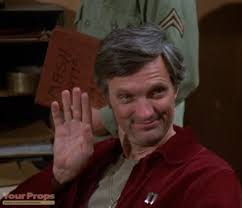 I do not know hiphop, but I have listened to Grandmaster Flash, Melle Mel, & the Furious Five so often there are grooves in my honest-to-God cassette tape. In my limited understanding, these guys were some of the very first rappers, and they’re glorious fun. When you listen to later hiphop, with really complex syncopations – since I don’t know much, my lame whitebread example is Hamilton – Melle Mel and the Furious Five seem rather simple and innocent by comparison – but you can’t help but rock to them.

A couple months ago, a short and lively Netflix documentary caught my eye, called We are Freestyle Love Supreme. Twenty years ago, Lin-Manuel Miranda (the Hamilton guy) and some friends started a troupe of musician-rapper-actor-improvisers that bravely go on stage and improvise – based on topics from the audience – an entire show in rhyme, night after night.

The group’s webpage is Freestyle Love Supreme – but it barely showcases how these amazing brains come up with stuff on the fly.

Reminds me of a famous Robin Williams bit where he took suggestions on what to talk about using Shakespearean iambic pentameter. It’s so gutsy, improvising. Who among us, seeing Williams do that, didn’t come away thinking he was an absolute genius?

Here’s one more, that actually has more of a Schwarzenegger impression than it does Shakespeare, but which is no less improvised:

He does more Shakespeare with Dick Cavett here, and Shakespeare oddly melded with Arnold Schwarzennegger on the Johnny Carson show here.

So it’s that insane ability to impro at will that drew me to the guys in Freestyle Love Supreme (FLS). They’re all guys in the documentary – but it seems they grew to include women cast members eventually. Gutsy geniuses, taking a form they love and turning it into a new art form, which they call freestyling.

It’s like tightrope walking. Lose the beat and you tumble down into Niagara Falls, right? But those of you who’ve seen Hamilton know he and his partners in the million-selling musical (some of whom you’ll see in the documentary) have rapid-fire rapping language, uber-clever syncopation, and a fascinating take on history (though admittedly with a lot of artistic license.)

I’m fascinated by the art of improv. When I lived in Spain in 2017 I took a few classes and was awed and thrilled. It’s not impossible or out of reach, but that does not mean it’s easy. Or, maybe it is easy – it’s just bog-standard, garden-variety insecurity that glues the lips shut, locks the tongue.

If you’ve got a good team, and can relax, you can do it – there’s obviously no “right or wrong” in it, I mean, it’s improvisation, right? Everyone can imagine things, and then voice them. It’s right there in the name that you’re just goofing off, pulling something out of nowhere. Even though sometimes I have perfect “five minutes ago”* responses to things, like we all do, I surprise myself sometimes with stuff that pops into my head unbidden and makes me laugh, and sometimes has that effect on others. (JOY, no?)

To be able to do improvise with a troupe of artists, and to fall into funny scenes sometimes, is amazingly satisfying. It didn’t happen all the time during my classes in Madrid, but it happened often enough to keep me coming back for that joy jolt.

Keys to the kingdom

Saying “yes, and” is the sine qua non of improv. This is one of the first things you learn. Say someone starts off miming being on a rocket ship. You accept (“yes”) that you’re on a rocket ship and move forward (“and”) using that premise. What you don’t do is mime potato farming on solid ground – that would be boxing out your teammate. To get to trust each other enough for this thing to work, you’ve got to take what they give you (“yes”) and then run with it to create something new (“and”). You can always start a potato-farming-based improv later on. Go with the rocket!

Improv on stage has some parallels to writing. Writing is solitary but you have to silence your inner critic and just create. There’s a leap of faith there, a letting go. The point is to let your ideas fly, emphasized by Herbert Lui in his article Getting Out of Your Own Way – with some discussion of the brain science around the value of letting go and ignoring your inner critic.

Alan Alda – famous forever and one of our family icons as Hawkeye Pierce of M*A*S*H – opened a school for improv, not for actors, but for scientists.

M*A*S*H was scripted – closely. Sometimes, Alda admitted, he was “operating” on a copy of the script so he could be as exact as the writers wanted. He wore them down with pleas to use improv – and eventually two black-and-white episodes were filmed as if for newsreels, where the actors ad libbed responses to reporters’ questions about their lives in the M*A*S*H unit.

Why would improv be so important to an actor? Or, for that matter, to me? I’ve been on stage exactly once** and feel notoriously stuttery when asked to “perform,” aside from evaluation presentations.

Alan Alda says you can get at something “deeper, more personal” as he says in the Smithsonian article linked above by improvising. With his school for scientists, he’s convinced improv can help them communicate better with topics that are usually difficult and obscure. Herbert Lui says you can be more open and creative.

To me, it just looks like confidence. It looks like you fully believe your creative product is worth sharing. I struggle with that, even with creative product that’s very much in my wheelhouse – writing. Watch this space for an article on how those two might feed each other… (once I finish writing it!)

Emphasis on the “Freestyle”

Imagine what you saw on Hamilton, then, improvised from an audience suggestion of a place or a thing or a person. It feels like you’re on the tightrope with them – and I felt relieved and surprised when they made it through each number without falling. They have amazing skills to be able to do it – endless years of practice, I’m sure – but then you also have to have a lot of confidence to take it on stage. Straight guts.

Keri is reminded to read the fine print

I went to the FLS website and they have an improv academy in New York, which (of course) has moved online. To sign up you’re asked to fill out an uncommon questionnaire (‘What’s the scariest thing you’ve ever done?’). A week later I was invited to join the upcoming, two-evening class of five hours total. I was thinking “improv” but the class was much more “freestyling” – that is, with rhythm and beatboxing and (*gulp*) rapping. (Reference “not Melle Mel”, above.)

There were sixty or so participants and a bunch of instructors. So after initial stretching exercises, a basic beatboxing demo, and reassurances that there were lots of beginners here, we were sent into individual Zoom “rooms” in groups of nine – eight students and a teacher.

First, we practiced beatboxing. Have you ever noticed how some letters make you hum a bit? Try an S and a Z – the S can just be air passing through your tongue as it’s pressed partially on your palate. But to make a Z sound, you have to hum a little bit. It’s the same with F and V, and K and G, and kind of P and B too. You blow air on S, F and P, but to make a Z, V or B, it also comes either nasally or in your larynx, I guess. The hum makes it a different letter.

Anyway, so for the beatboxing exercise we used just three key sounds that mimic percussion instruments. B and K are like the snare drum; saying “TS” sounds like a cymbal.

So using B, K and TS they tried us out on two words: Boots and Cuts. You don’t use the hum part of your voice much – it’s more the percussive sound of the air passing lips and tongue.

Boots, cuts, Boots, cuts. Now do it rhythmically. Bob your head. Move your hips. Snap. Whatever helps. Just give it a go!

Me and a couple of others were absolute beginners; others in our group were really accomplished, able to add interesting syncopation and other sounds. I did the basic “Boots Cuts” one and could barely stand to hear these new sounds coming out of my mouth. They didn’t sound like me, or anything I knew. It was as if I was all of a sudden speaking Korean – it sounded fake and really dumb! Then one of those really good people would do their thing and I felt even more like a talentless, flaming weirdo.

The group was really nice, even (or maybe especially) to us newbies. We snapped for each other since clapping would have gotten really loud on Zoom, right?

The snaps reminded me of beatniks – very cool. The teacher was so encouraging (named Kahyle – don’t know if I’m spelling it right but it sounds just like my brother’s name, Kyle.)

Getting from improv to freestyle was a leap for me. There was an idea on the table that really appealed – but I had to figure out how to use it.

Anyone who knows me well knows I LOVE TO DANCE. I’ve danced forever, though rarely with lessons or any principle other than wild abandon. Even if I will never go to the New York School for the Performing Arts (FAME!), I daresay I’m not bad on a dance floor. That means, inside me, rhythm is not a foreign concept. Making rhythm for others – beatboxing, playing drums, clapping along even – that’s the new part. So I built on that and was able to play a little bit with this Boots Cuts thing.

We practiced in the class and then had an assignment to make our own more “freestyle” beatbox clip to share. Here’s my more elementary one, that I practiced approximately seventy-one times before recording for the class:

We move on to rap

On the second night we were asked to come with stories from our past. Insanely enough, we were going to tell these stories in rap. I can’t say mine rhymed, at least not very often, but I was amazed at how much more confident I’d gotten by taking on “rhythm” as my guide. No one will be buying any Keri the Rapper CDs anytime soon, but I tell you with all honesty, it was a blast.

And it didn’t hurt that everyone snapped afterwards. I learned a lot about hip hop, too – particularly through this take-home study article they sent us on 50 seminal hiphop works. (Here’s the article – or jump right to the Spotify list. Grandmaster Flash, Melle Mel and the Furious Five are at #2.)

I didn’t record my rapping (and probably wouldn’t post it if I had) but if you’ve read this far, check out my 2017 stage debut below.

Get you some Freestyle Love Supreme, my friends. If you haven’t, you don’t know what you’re missing.

** In Spanish – the culmination of an acting course in Madrid for Spanish-language-learners. We were seven women, all with Spanish boyfriends, who comprised the entire audience. If you’ve read this far, you’ve earned this:

Did I know you were into Grandmaster Flash?! Yet another reason we are best friends. I still have my cassette of The Message. 🙂 I am VERY impressed with your bravery in acting, improv, and now – beat boxing! You constantly amaze and inspire me.