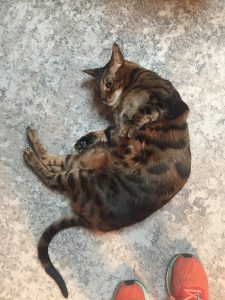 More letters for you! For me this is another way of chronicling the coronavirus. If you like these, there are more posts of letters, for March, April, and June 2020, chronicling life and coronavirus and politics and relationships and, again, life.

When I write a blog post, it’s usually pretty tight and short (as my own writing goes, which is neither tight nor short.) It’s about a thing or an event, usually discrete, solid.

But in letters I wax a bit more poetic – let loose the feelings and the metaphors that have been plaguing me, or sustaining me, or that I think might interest the person I’m writing to. During the pandemic I’ve written to several really wonderful friends who I’d lost touch with, alongside the cousins and colleagues-who-became-friends and other regular victims.

So this is a different style but I think these little snips of letters are… pretty, pulled from their context, pieces of memories or frantic worries or bits of love or counsel. Far fewer cooking or cat references (though these are not, of course, absent.)

To a friend in DC We all seem to be doing well. My dad sneezed three times on the phone yesterday so now I’m panicking on his behalf, but he swears he’s fine. I’ll call him back today. My sister is cheerier every time I talk to her – she thrives in a crisis! Her clinic doesn’t get emergency cases but she tests people out at their cars.

To a friend who lives on a Scottish croft An exclosure is recognizable as a word, but hard to picture. Didn’t a Douglas Adams character – Wonko the Sane – build a house at the edge of the sea to hold the world at bay?

I’m grateful my stepmom and stepdad have always been stubborn to a fault, allowing NO discussion about nursing homes. My mom or my dad would probably have moved to one if the “steps” hadn’t been so adamant. Stepdad is on his own with a day-to-day caregiver in Colorado. Dad and Stepmom have a toilet paper bunker. It’s a relief that they’re safe in their homes.

To a former client As part of my five-point plan for distracting myself from COVID, I’m bidding on some work with a UK-based NGO. (The other four points of the plan are baking, online exercise classes, blogging, and eating.) Could I list you as a reference?

May 8 (letters from readers)

To a friend who decided to read my blog posts from the very beginning, in order I’m all or nothing too! I can’t start in the middle of a series any more than I could take the 10th step in a staircase before I took the first nine. But anyone looking at my blog spikes my “metrics” because there are literally a handful of readers per post. Every time you look at one it’s a 25% boost! I’m VIRAL baby!

I am not disciplined about the blog. I’ve had it since 2011 and there are fewer than 200 posts, 30 of which are from the past month. For big chunks of time there are none at all – it was supposed to be weekly! I never actually posted on a Wednesday until the lockdown… Oh well. That’s just more of the irreverent, clever humor you can expect from me.

To a friend whose daughter was acting out, while my friend tried to finish her dissertation It’s kind of… good that she expresses her emotions with chutzpah, because so much of childhood seems to be tamping down natural responses, to get ‘civilized’ (Thanks, Freud.) When Lauren was a tot I went to Alaska to babysit for three weeks while her mother went birding. Kyle was there, but he worked, so I was with her all day. She was snotty and demanding and I was appalled! Anyway, I lived through it and then saw her again when she was 7 and she was a sweet little angel, and I thought, OH NO! Where did all her demanding-ness go? She’s gonna need that someday!

(Lesson: it’s easier to praise that wild side when you’re not there to hear the door slam or see the cornflakes flying.)

To a friend who appreciates both my cooking fascination and the distance from my prior self I’m going to make tomato sauce and freeze it in cups. Tomorrow I’ll roast a chicken that I left uncovered in the fridge– Samin Nosrat says that makes it great. Then I’ll use the bones to make stock.

That is a paragraph I never intended to write! I didn’t know how dependent I was on restaurants for flavor, and absolutely did not realize I had it in me to pick up the slack when restaurants were not an option. A sea change.

To a new friend I met in Lambert Airport, who is now a pen pal I’ve had a reckoning that hasn’t made it into my blog posts. Twice I’ve come across a cat on the verge of dying. I know some vets do rescues, but there are just so many cats. And I can’t, or won’t, help – too chicken.

My sister is a nurse practitioner who lived and worked overseas. In Pakistan, she was helping a local vet rescue a feral cat that bit her. Her hand got infected and blew up as big as a baseball glove. She had to be medevac’ed to Singapore for emergency treatment. That’s why, as much as I’m eating the cats up with my eyes, I don’t pet them.

To an English online friend who says whenever Trump says something stupid, she thinks of me. Whenever Trump makes you think of me, please, drink a big glass of whiskey or eat a giant chocolate bar. Connect me to something more pleasant! He is idiotic, gutting national response to the pandemic, which is the goal of the people whispering in his ear. Positive note: you’ve heard about the 100-year old man, Captain Tom Moore, who raised $40m for the NHS? I hear he’s to be knighted! I’m surprised people would donate to something they pay taxes for – I can’t imagine Americans doing it. But what a boost for all the people who are working in it.

To a friend about polarization Today the WSJ published an article about Facebook. Looking into their own operations and whether they heighten social divisions, they found they were, but decided to keep doing it, ramping up distrust in science and government. But we need government in a crisis. That’s how we collectively decide what we’re going to do – who we’re going to prioritize, how we’ll get the money, how we’re going to put solutions in place. There’s not much in the way of shared beliefs anymore – not much we collectively agree on at all. And Facebook has boosted it!

May 27 (letters about letters)

To my stepsister/Scrabble nemesis, on the June 5th end of our Scrabble App and the frantic search for a replacement One called WordMaster is not yet equipped for multi-player play. Some people have said Lexulous is a good alternative. Another said there is a way [in the obnoxious new Scopely app] to turn off the frippery but did not elaborate. Searching for “Scrabble GO Frippery” doesn’t get me very far. I’m glad I have won a couple games lately so that when our app goes gracefully into that good night, I can have some good memories. Because I can see in the current games that you are, as they say in French, “en forme.” Creamier???!?!

If you’ve read this far, you might also enjoy more posts of letters, for March, April, May, and June 2020, chronicling life and coronavirus and politics and relationships and, again, life.