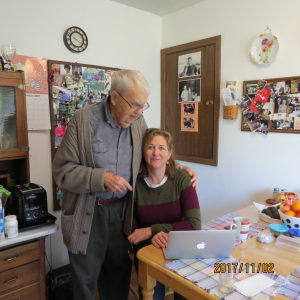 This is from my dad, Gene Culver: he’s a bit fed up with the Orange Menace and his tactics in Portland. I don’t know that Dad has written poetry before, but this seems very advanced. A complex rhyming structure, strong imagery, and fits Trump to a tee.

When protests linger; send in the thugs

To get their job done, they should be loud

They’ll clear the streets of that unruly crowd.

When they break the law and go to jail

Our lunatic president with mind so feeble

Will get a-twitter and go their bail

It’s so wretched to read about this from afar. But you have to admit – those Portlanders have some serious chutzpah, going out day after day, night after night, to tell the world – 99.9% peacefully – how they feel.

THIS IS AMERICA, REMEMBER?

Of the many things we do, good or ill, as Americans, one of the few things that makes us truly different, exemplary, and marvelous is that we speak out – in line with our Constitution and Bill of Rights – about what is not working. We protect weaker groups, we stand up to economic power with social power, we protest unintended consequences when they hurt some voiceless segment of the population.

In fact, the Portland protests are surprising to me because the people protesting there are standing up for someone else. Portland does not have a big Black population. But (mostly white) people are standing up and protesting on behalf of someone else. White people are not saviors in doing so, but it is heartening to see them putting themselves on the line, instead of just saying, “What, me racist?” and turning away. You don’t take tear gas and go out again the next night if you don’t want to be part of the solution.

But we all have to be hyper aware of the fact that Black moms themselves are doing the hard work of organizing and facing legislators and lobbyists about gun violence – which is a year-round problem in some cities, not something sporadic that hits only with crazy shooters. The issue is not just police brutality but still-segregated, marginalized communities that remain the primary victims of violence. Young Black women have been at the heart of the movements this spring and summer – so we can see the future is female, and this time maybe mainstream feminism will finally get the intersectional mix right.

I have added these new paragraphs and these references after reading more about the issue of foregrounding white voices. It made me nervous yesterday, when I published the post, but thankfully I saw Kelly Glass’ articles to help me put the White moms more in perspective. We don’t want to steer momentum away from the people who are really suffering, or from the specific focus on #BlackLivesMatter.

Wall of Moms is not the story right now. The sacrifices that Black mothers have made out of necessity, love of community and relentless activism — for years and years — is the story.

White moms won’t solve the problems, but their contribution is a positive start and it’s a moment of solidarity that might give us all a bit more hope.

I really think the next step is that white people have to take it one step further, then a lot of steps further. We need to create a new way of thinking about and acting on issues of race, activating ourselves and creating the community and country we can more easily pretend already exists.

This On Being episode (thank you Resmaa Menakem and Krista Tippett, and NPR) put the idea in my head of a group of us talking this through and acting on it. Not just a book club, though we might read books. Something more active, to take into account how natural it is for us to ignore the issue in our day-to-day lives, and find ways to grind down that patina of “we’re good, right? Black president?” I think our Orange president has put paid to that myth.

Do you know how I know it can work? Because my dad, author of the poem above, has changed over the course of his life. He’s a lifelong Republican and that won’t change – he believes in fiscal responsibility, for one thing. But long before he was a dedicated Never-Trumper, he has reckoned with some of the biggest issues of our time and he never stops learning. Changing. I hope I can be like him, and be writing poetry about something that would really surprise me, 40 years from now.

I love this poem and want to acknowledge the courage it takes to keep growing as a human and a creator throughout our lives. The temptation to believe that our experience means that we actually know something substantial about the world, to think that we don’t have more to learn, is great. To stay present and open takes effort; most of us fail to do that work. Thank you for sharing this Keri!