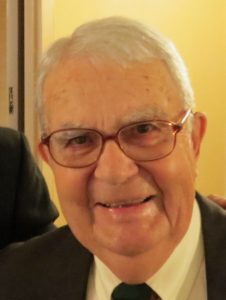 My dad, Gene M. Culver, is my guest blogger today, with a review of Ulysses S. Grant’s memoirs. It’s not a book for the faint of heart – two volumes with illustrations and maps. He wrote it near the very end of his life and it became a bestseller, netting his widow more than enough to live well after she lost him.

Humble, trusting, and reluctant to do harm. These characteristics do not seem those of a military leader who was responsible for huge numbers of casualties on the battlefield. Ulysses S. Grant writes his memoirs in order to provide for his wife and family after learning he has a life-ending cancer.

He tells first about the beginning of his military career when his parents urged him to take advantage of an opportunity to attend West Point. Graduating with no particular distinction, he was awarded the title of lieutenant and assigned to duty on the Mexican frontier where he gained knowledge of warfare. Promoted to Major he enjoyed a brief period with wife, Julia, before being recalled for duty in the Civil War.

Grant gives a detailed account of his wartime experiences and the battles which often resulted in thousands of casualties. From successes of his leadership at Shiloh, Vicksburg and others, he was ultimately promoted to Lieutenant General and commander of the entire army.

With genuine modesty, the author never fails to credit the bravery and battle skills of those who served with him. Copies of his orders to his field commanders reveal his trust and reliance on their obedience. Grant relates the complexity and difficulty faced by thousands whose orders are to kill the enemy, as shortages of food, ammunition and fodder for horses make survival a virtual impossibility.

While the new technology of the telegraph improves communication, many situations must rely on individuals. The author’s articulation of these and countless other logistical hardships amplify the futility of fighting to retain the right to abuse those of color in the mid-19th century.

Grant portrays the civility of Lee’s surrender, a man 15 years his senior, contrasting sharply with the brutal battles they waged against each other. Sadly, because of some not learning about the surrender and others refusing to admit defeat, hostilities continued for weeks in some areas. The assassination of the President replaced Lincoln’s conciliatory counsel with that of the more contentious Andrew Johnson. Hopes for a less strident conclusion to this most bloody war disappeared.

Grant’s epilogue to the conflict reflects a passion for peace without prejudice or bigotry. His knowledge of world affairs is much more apparent than might be imagined for someone who can successfully lead men into battle. Without guile or pretense, Grant assured his wife, Julia, of a more comfortable life, and simultaneously his own immortality. He completed the work in storybook fashion, the day before he died!