Trouble in the City on a Hill 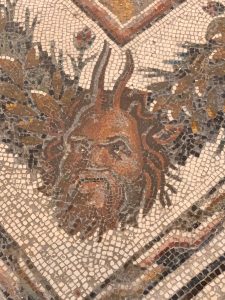 We have lost our way. The world is agog at our flailing, hypocritical, incompetent, dangerous president. Some citizens are congregating and protesting, derailing the success of confinement.

It turns out that having a schism in the middle of our populace and bombastic rhetoric lobbed against each other doesn’t work well. That gutting our federal response to potential horrors horribly undermines our response when those potentials become real. That we need central coordination, stockpiles, experts.

Well, color me naive but I am not worried about expansion of authoritarian government policies as part of the coronavirus response.

WHERE IS THIS AUTHORITARIAN NONSENSE COMING FROM???

I seriously wonder if this venn diagram meme came from a Bot – it builds on a non-issue that is a dog-whistle for militia members and 2nd Amendment hyper-defenders. So now lots of progressives have posted (on my facebook feed, anyway) that, yeah, sure – we’re concerned about that too. But it is POPPYCOCK to think that’s a threat. The state government has barely been able to keep people indoors for this limited period – and state governments are no more eager to prolong confinement because they lose taxes for every business that loses revenue!

If more people believed in the American experiment, maybe we could fix the rest. America was built on tolerance for religious dissent, as well as on the backs of slaves. Our experiment in democracy was supposed to have made us a shining city on the hill to the rest of the world, though we had and still have to root out the abomination of racism that undergirded the experiment.

As I’m writing this, I’m seeing how “the other side” would read it. Not that I’m in any imminent danger of that happening – my readership is lodged solidly in the low, low, low double digits. Like, the tweens. But still – if one of my conservative family or friends on Facebook or Twitter were to click on my blog, they would see my interpretation as 300% wrong.

I could be wrong

Indeed! None of us knows how to deal with this thing – it is NEW (hence the name novel coronavirus) and we’ve never experienced anything like this before. I give the benefit of the doubt to politicians who are flailing in the face of it. For Spanish and Italian governments that are attacked by their populations, for example, I also say, Yes, mistakes compounded upon mistakes. But everyone is flying blind here. We’re facing something that is an order of magnitude more complex and uncertain than anything we’ve faced before.

I tried to give Trump the benefit of the same doubt. Any leader would be on their back foot in these conditions. But all he does is tout his own brilliant response, make the state leaders compete for his favor, blame China and racialize the issue, muffle the CDC, and make ridiculous “sarcastic” remarks. Any goodwill I might have been able to muster for him is long gone. Some things are just wrong:

How do we reconcile this? It’s like what we felt when Trump was elected. Can two so sharply diverging ways of thinking ever be reconciled? Before this crisis I would have assumed going local was part of the answer – that when you got down to local decisions, took The Great Divider out of the equation, and dealt with your own neighbors, you could still hear and speak across the aisle. The protests this week make me think that’s as unrealistic as cleaning up your lungs with Lysol.

We are ALL trying to think our way through this. Looking at divergent data – like a scientist who says we’d be better off with a less restrictive model – is fine. The problem comes when we find these things to be “proof” – when no one scientist or study has all the answers. And we have to look at the broader array of evidence, which is clearly promoting confinement. Common sense is important too – this is not the first time we’ve experienced a virus in our lives. But that’s not good enough on its own, because of the novelty of this virus (lethality, dormancy, recurrence all being unknown). And we’re all so polarized and biased, not to mention scared, so our common sense is altered and incomplete.