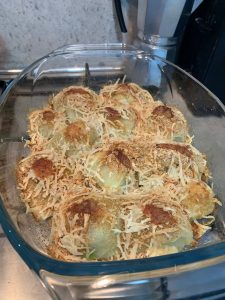 But tell me, has there every been anything like this, where the whole world is on – to some degree – the same page? We are all doing the same thing – sheltering. We’re all uncertain, scared, threatened. All because of the same thing, at the same time. It’s unprecedented.

There’s some proverb that says that sorrow shared is halved, but when you share joy, it’s doubled.

Underneath all this misery, isolation, sadness, fear… we’re sharing the pain with each other. We’re wishing strangers happy birthday in the tens of thousands on Twitter. We’re all tethered to whatever way we have to communicate, since we can’t see each other in person, and we’re all reaching out to one another. Could some increased connection come out of this horror?

There’s something in knowing so many people are going through what I’m going through, in the billions, man, BILLIONS. Worry about our parents, worry about ourselves, fear at the grocery store, ennui in the house. Yes, they’re negative emotions.

But good emotions have floated in too – maybe that’s what’s really aerosolized.

Anyway, on to what I can control.

Tonight I made that thing (I hate saying “confit”) with the cherry tomatoes in the oven (garlic, lots of oil and basil – my plant is completely bare) as a base for sauce. I roasted eggplant cubes to go on the pasta too. And as a side dish, fennel with bread crumbs and grand padano.

I’m not that great at food photography but it did taste amazing with a dollop of ricotta on top.

And even though we’ve been eating pretty well, and certainly in quantity, I don’t feel like I’m packing on the pounds – in fact, I feel… healthy. Hope I can keep this up a while – I think it’s doing me good to eat lots of veggies.

Wish I could come over for dinner! One day they’ll figure out how to transmit cooking aromas over Zoom.