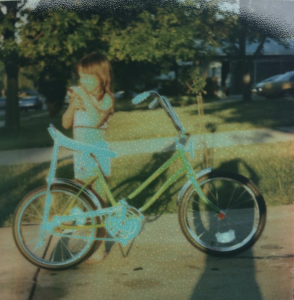 I was too subtle in my last post. A very dear friend, one of my writing group buddies, wrote to cheer me on for being honest about my fears yesterday. But I wasn’t all that honest.

I have been tearing up a few times a day, but even before the coronavirus I have always been given to bouts of anxiety. Now, I keep thinking of my mom and wishing I were home with her in (odious) Deer Trail. There are probably additional revelations about the present situation, and my precarious sanity within it, that I’m also not admitting.

Despite coming up on ten years of blogging, the truth is, I’ve felt for a long time that I’d get into it more, and my readers would too, if I were more honest. When I write about being freaked out, people do comment. My standard travelogues, on the other hand, are fine but pretty shallow. I could also write about my industry – which I think could use some harsh words. But either of those sounds risky. I wouldn’t want to put any of my loved ones – or even friends/colleagues from work – onto a public forum they hadn’t asked for. Not even the jerks. Sometimes I try political posts but I feel internally strafed afterwards.

So I lightly dance about the topics and post unobjectionable things. (I mean, saying Trump is a giant suppurating boil on a warthog’s ass – we’re all in agreement there, right?)

Blogging is passé, anyway, right? People don’t blog anymore – they have a YouTube channel where they show you how to do a smoky eye or square the circle. Or they are Influencers on Instagram, or even LinkedIn. And then there are the trolls. What good would it do to bare my soul online?

Not an anxious bone in my body.

My dear friend, the one who wrote to cheer me on, said she didn’t think I had an anxious bone in my body. All my traveling around, even to some unsettled places, had given the impression of bravery. News flash: it’s an image I’ve cultivated! Who else would post pictures like this:

It might have therefore been more honest had I blogged about:

Isn’t it freaking amazing we get up every day? But we do. We must have learned it somewhere. (Ramon said something that has stuck with me: even if you are paralyzed with fear when something happens, you won’t stay that way more than, say, a few minutes. Eventually you get on your feet and keep going.)

When I think of bravery, one of the people I could really go star-spangled about is my mom. As much as I resented it, and felt she had ruined my life, she struck out on her own by getting a divorce. She wanted happiness and felt she wasn’t going to get it – so she left. This was simply not done back then. It ruptured family and community, but she had to save her heart and find her own way. Not that I could see it back then, but I realize now what a risk she took – for an indefinite happier future that was far from guaranteed. I have to guess she was scared as shit. Indignant, proud, unlikely to admit it – as she was – but scared all the same.

My dad started his own business and kept at it till he retired at 82, never making a million but what he made was his. Along the way he touched a lot of lives. My sister is a front-line medical person, formerly trauma/ER and now a nurse practitioner in a clinic, and faces that pulsating crowd of scared, needy humanity every day. I can’t imagine a more frightening thing right now. My brother… oh dear, my brother. Long ago I learned to conveniently forget that he might, at any given moment, be hunting moose or falling in a couloir in white-out conditions on a glacier or relying on a questionable belay anchor to hold him while he climbs some rock or icefall.

My crazy Aunt Virginia was a reporter all her life, when cutbacks at the Denver Post put her on the Obits desk – what did she do? Wrote some of the best obits you’ll ever see. Stepdad Bob faced down polio and then became kinder and stronger because of it. Stepmom Ethelyn – god, I can’t imagine she has ever feared anything. But she loves and acts so fiercely – her writing, her work with kids, her protection of her home and life, and let’s not talk about how she plays cards. That must mean she faces it too, underneath.

Little Lauren, my niece who is now taller than me, pushed past her dad (my brave brother!) to out-nerd Lisa Simpson, with a cutting intellect and more potential for world domination than the coronavirus. At just a quarter-century of life, she’s already soaring… and studying for the MCAT.

Are they ever scared? I should ask them! I can’t say any of them have ever looked scared, but neither did my mom. Apparently, according to my friend, neither did I.