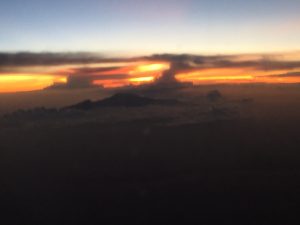 You can’t pretend that what was designed to hurt other human beings was  sort of accidental, because it happened a long time ago. Damn the apologists, damn Kavanaugh and damn Northam and damn Confederate Memorials. I’m not buying it.

When Ralph Northam was in law school, consciously and purposefully disrespecting Black people, I was a preteen in Missouri, then a teen in Colorado. I knew what blackface meant – and this was not Virginia, where it would have been far clearer. I knew it was designed to hurt. He knew that, and so did his buddies, and the other white guy in the Virginia administration who is also being pushed to resign, who also – what a coincidence! – had a blackface photo of himself out there in the world.

How do I know what they knew? I know because they wouldn’t have dressed up in blackface and a KKK hood if to do so was neutral.

They did it to be big and tough and mean and Alpha, just like that sick bastard Kavanaugh and his crew.

What is racism about, what is sexism about, what are all the nasty maggot-like infestations in our society’s underbelly about, if not dominance? What is this dominance, if not patriarchy?

Both pride and patriarchy convince Northam he should get to stay in office. (No different from Kavanaugh’s reasoning, frankly, and he’s obviously vile.) But he hasn’t convinced me he should get a chance to make amends. Where is his shame? Shame like the kind people feel when they’re not white men, and something horrible has been done to them. Illogical shame, shame that dyes you, shame that stitches you shut, poorly. I guarantee you he’s not that kind of ashamed. If he were, he would never insist on staying in his post.

The apologies that inevitably come are fine, and repentance is fine, I’m glad they apologize and repent. But as they only do so when they’re caught, it’s always going to feel a bit false. I’d be up for a candidate who was willing to put these issues on the front burner as part of their campaign. Not just their own past shameful bits, which we do all have of some type or another, but the dialogue about how to make it better. That should be part of the “real work” of government, it should be a policy and implementation priority, not a solemn but lazy nod to issues that they’re not willing to really address. That we’re not willing to really address – as Colin Kaepernick found out. As Christine Blasey Ford found out.

Colin and Christine have taken a hit for all of us, but of course it’s not just headlines, and it’s not just celebrities. People – primarily women – are raped every day. People of color are harassed, jailed and even killed every day. Someone’s sexual orientation can still cost them their jobs, their families, their lives. All this is purposeful, designed to hurt, so that the ones doing the hurt have some gain (however small, ephemeral, and twisted) and the ones being hurt are shrunk and shamed. We are laser-focused on dips in GDP growth, but

if we were one-tenth-of-one-percent as concerned about the cost in lives, dignity, and potential, our productivity, creativity and prosperity would be stratospheric.

That kind of a world is At. Our. Fingertips. If we were only brave enough to grasp it, and not let go of it even when we lost our own privileges over others. But no. “We White Guys will stick with our blind dominance, thanks.” This is also true for white middle-class women who can’t see feminism isn’t all about them, or black lieutenant governors or Jewish film producers who attack women because they think they can get away with it, or gay actors who would do the same to a young protege, or anyone who tries to feel better by making someone else worse. It’s not just white Western men, though it has to be said, they wrote the book on it, embroider it on their handkerchiefs, forge it in the metal around their wives’ fingers, mix it in the concrete of their accomplishments, sing it in their psalms and anthems and rock operas.

It’s a tyranny to use your strength and good fortune to stomp others – and if it’s bad in Washington DC in Senate confirmation chambers, and threaded through the Virginia State Capitol like a norovirus outbreak, imagine what it’s like in the depressed neighborhoods at the edge of Leadville or Midland or St. Louis or Bogota, or just off Dr. Martin Luther King, Jr. Blvd in Denver. As a species we are exceptional: consciousness gives us an existence that our ancient ancestors couldn’t even have dreamed. But we’ve got a damn long way to go before we can be proud of ourselves. Just go, Northam. Out. You can take the others with you, too.