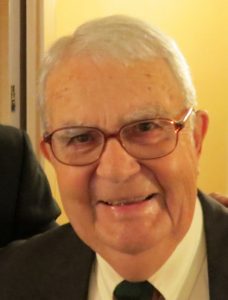 Never thought you’d hear me quoting Reagan, did you? I’m full of surprises. But tearing down walls is not, prima facie, a bad thing. Today we have a guest post from my dad, Gene M. Culver, currently of St. Peters, Missouri. Dad was born in Los Angeles but grew up in Chivington and Eads, Colorado, neighboring towns on the High Eastern Plains. Eads is small, but Chivington is no bigger than a fingernail clipping. More on Chivington later, when I link to his story on their Dust Bowl softball league, coming out this month in Colorado Heritage magazine.

Solutions to modern problems are far too complex to rely on the wisdom of only one party.

Construction of the ‘Wall’ is well underway: not the one advocated by the President who wants to discourage uninvited aliens, but the one dividing our 2 political parties. More and more the breach between them widens as partisan governance dominates local, state. and federal bodies that determine legal changes to varied issues such as taxes, health care and infrastructure. Recent examples of these are all too familiar; and these irrational disputes have even resulted in governmental shutdowns!

The erection of a wall between the parties has been intensified by the popularity of political talk show hosts. These pseudo-experts (none of the more popular hosts can produce a shred of academic credentials in political science, economics, or, climatology!) daily exhort their listeners (and viewers) to treat ,members of the opposition with ridicule and hostility. This strategy has assured allegiance for the celebrity hosts, but their divisive rhetoric has much greater implications.

Even though the wall between left and right is imaginary, only the most daring legislators have the courage to attempt compromise or accommodation with members ‘from the other side of the aisle’.

Choosing to ignore or virtually prohibit participation by the minority party during deliberations for new legislation, the majority party is destructive and essentially eliminates dissent no matter how valid it may be. Solutions to modern problems are far too complex to rely on the wisdom of only one party. Perhaps it’s time to repurpose President Reagan’s admonition to Gorbachev when he advised him to ‘tear down that wall‘.

Among many other things, Dad’s a writer. He has penned a passel of brief biographies of 20th century industrialists, politicians, and celebrities, write-ups of family history, and a growing list of blistering Letters to the Editor that generally leave char marks and exhausted firefighters in their wake. There’s one on fiscal bait; another about egregious presidential claims; on not paying homage to a stadium; another about the Fed and the prudent saver; the unacknowledged upside of legislative lethargy (now you know where I got my taste for alliteration); mandates for maladies; political puffery; and the health care that Congress members get. And this is just since 2009.

Dad and I (rather famously) do not always agree. But I learned from him to believe in things, to figure out my argument, and to present it logically and respectfully. I also learned from him that it’s hard to do: passion is part of arguing. If it weren’t, the thing is probably not worth talking about. You may not change people’s minds, but if you do this thing right, you have democracy just where it’s supposed to be: from the ground up.

Any St. Louisans out there who want to tell the Editor at the Post-Dispatch they missed a good one, are more than welcome.