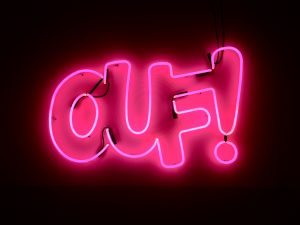 I tried writing a note to a friend in ze French language. Ouch. We’ve been studying for months and still, the basic conversations with the front desk at our hotel, or answering people’s questions about Catalunya, are so awkward and clumsy I want to press “pause” on the world and just get my verbs and objects in the right order. And to force myself to remember to negate twice: No “ne” without a “pas.”

Most conversations are more elemental. One night our taxi driver said, “So, we’re going to the Belvedere then?” (in French) and by some strange coincidence, Ramon and I both heard “Hannibal” in that. Hannibal, you may know, was from right here in Carthage! Maybe because of that we were predisposed, but we both will swear to this day that his “on y va” was “Han-i-bal.” We immediately started prattling on, one over the top of the other, about elephants and Alps and important bits of history, to the absolute consternation of the driver, who just wanted to know the address, if we would be so kind.

The night we went to the Spanish Embassy’s National Day fete, there were no taxis to be found. We were in the street for nearly an hour trying to flag one down. (A little green light from the taxi dashboard means NOT available, by the by, while a red light means, “ready for business!”) Finally, FINALLY, the saddest, most broken-down, most rusted-out shell of a taxi shudders to a halt in front of us, mostly because Ramon’s spindly colleague was splayed in front of him in the road. Maybe the taxi just stopped because it wanted to die, I don’t know, though it did make morte-like sounds. But we piled in, we gave directions, and off we went, rattling so hard I thought we were going to fall out of the car onto the pavement below us. It was that rusted.

The directions Ramon’s colleague gave were… particular. He said “Le Residence de l’Ambassadeur de Espagne, il y a un fete, beaucoup voitures.” While I didn’t think that was all that helpful, I realized Tunis might be smaller than I knew. Maybe everyone knew where the Spanish Ambassador’s residence was, and that he was having a party tonight, and that there would be lots of cars. The driver looked confident, or at least he kept driving, which was enough for me.

Turns out, our sad sack driver did not know any of those things. He took us to a series of places called “Residence” which is a startlingly common prefix for places where people live. (The same colleague lives in “Residence Hannibal” for example. Ahem.) We got directions from as many night guards as we made stops, did as many u-turns, and arrived at as many new spots called “Residence Something”. Finally, 1:45 late for the fete, we pull up to the Spanish Ambassador’s pad, where there is, indeed, a veritable beaucoup of cars. There are Spanish National Police and other cop-type-people around, and they take one look at us with our motley taxi and thoroughly intimidated driver, and shoo us quite along, thankyouverymuch. But Ramon’s colleague would not be deterred. “It’s a matter of style,” he tells us, and we unfold from the taxi, tip heavily, straighten our duds, stand tall, and go meet the Ambassador.

Of course my vocabulary is limited. But I have my Auxiliary Brain, the iPhone, always at hand, to help. But French simply has some odd things about it. From Lauren Collins’ piece in the New Yorker on trying to learn the language while married to a Frenchman:

Pronunciation is quite a surprise, after “see it, say it” Spanish. What do I do with a verb form that is spelled “aie”? How am I supposed to indicate that you all are speaking now, parlez, versus speaking often, parlaiz, when they sound exactly the same? The homophones, as Collins mentions in the above quote, don’t stop at something like our “pair” and “pear” – the sheer number of cases where you don’t pronounce one or another consonant makes many verb conjugations sound the same to my French-deaf ears. I feel like just opening my mouth and letting stray vowel sounds come out. Honestly, it couldn’t be much worse than I’m doing now.

One resource I’m quite addicted to is Radio Lingua’s Coffee Break French podcasts, with two Scottish teachers. (Whether I like it better for their cute Scottish accents or for their abilities to teach French is my business, not yours.) Seriously: they say things like “the sound of the ‘a’ in this one is more like the e in bed than the ay in allay.” It is the only thing that gives me hope that one day, someone I’m speaking with will understand if I’m insulting their actions today, or from last year.

Tunisia is more complex than the Eiffel Tower picture would indicate. That’s because they speak Arabic here, dammit. Arabic is the sine qua non; French is the colonial remnant. It’s like speaking Russian in Poland – yeah, I could make myself understood, but I couldn’t find anyone who really wanted to speak it! French has greater cache here, especially among older generations. But it’s losing ground.

The idea of studying Arabic chills my cockles. If in French I have to re-learn the words I learned just the day before, in Arabic I would be relearning the letters. First in Classical Arabic, then trying to figure out the nexus (if any) with Tunisian dialect.

I met my first Tunisian friend in Madrid, at a conference on evaluation the day before we came here. Her Spanish husband speaks Arabic so fluently that people can’t tell he’s not from here. That is a bar too high, too far. What it would take to get me to French (600 hours classroom instruction, according to Collins in her article) is une promenade du gateau 1compared to Arabic (2200 hours).

Every interaction in French makes me want to speak it more, more fluently, faster, better.2 I love the way I’m starting to hear and connect more words in what is said to me, even if my ability to speak it back is limited. Lauren Collins, who has also written a book on the topic of language differences in marriages, wrote something about French that grabbed my attention and has never let it go: French speakers are extreme word nerds.

what passes for a compliment is to say that someone has un français châtié—a well-punished French. Olivier has fond memories of watching the grammarian Bernard Pivot, a national celebrity, administer the Dicos d’Or, a live televised tournament in which contestants vied to transcribe most accurately a dictated text—the Super Bowl of orthography.

Spelling competitions? Working over your language till it is sublimely polished? Grammarian celebrities? Is there a group where I’d fit better? Tell me where and what it is, and I’ll join: but, will it take 600 classroom hours and untold life interactions like French?3

Learning a language with my squeeze

Ramon and I struggle with how much French to speak with each other. Foremost, this is because we have so little we can actually say in French so far. We have confounding factors as well: he wants to keep up his English; I, my Spanish. He is frustrated when I know vocabulary he doesn’t; I hate it when he gets what the cab driver says about Catalunya or football, and I missed it entirely. Today he asked me to “give him a lesson” and I already correct him and his pronunciation often – but if I am not the very last person he should trust on this stuff, I am surely near the bottom of the list. When he repeats something I tell him, only to find out it’s wrong, I get that raised eyebrow thing. Very Spaniard, this one.

We learn differently, and it’s not just because his mother tongue is Spanish and thus closer to French. I pore over grammar exercises and podcasts, listening to them time and again. He likes TV shows with subtitles – even odious ones with that dreadful syrupy sweet music, if that’s what’s on. I must spell, and must get the direct objects in the right spot; he must jump with both feet into the action. I like Wheel-of-Fortune-type TV; he wants to understand Grey’s Anatomy in French. Collins has another article expressly about the ways language differences affect couples; I guess it’s up to me to chronicle the affects of jointly chasing a third language.

This week, he is having trouble keeping straight acheter and arreter: to buy and to stop, or arrest. These will become normal to him, and next week he will have trouble with new verbs. I freeze at the moment of speaking, though now it’s when I ask for a towel, next week it will be asking about an apartment offering, the week after, maybe something more complex. We’re both surprised, though, when all we’ve learned doesn’t come in a fluent deluge just after we’ve learned it.