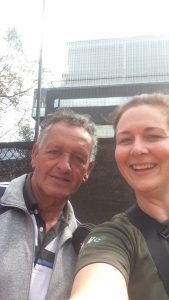 I’m a little afraid of how this week is stacking up. Plenty of work, as there is no rest for the wicked. But also time with friends and packing and being sure to pile in all my favorite Bogota things. It sounds like mayhem, while I am looking for calm. 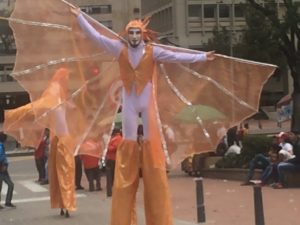 Is he waving at me?

So here’s my walk to work. First, the dogs, who are always around and scrounging, and the Shoelace Guy, with every color and length of shoelace except one you need. Then, Avenida Septima. That’s a city artery, generally stuffed with buses and trucks and cars and bikes and motorcycles and skateboarders. I live at the edge of downtown, so in the early hours it’s still relatively calm. It’s 15 minutes to walk to work, or to the tennis courts, which are just a block further. 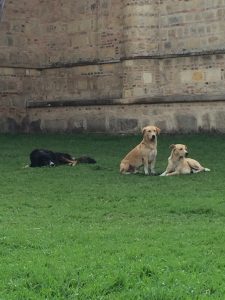 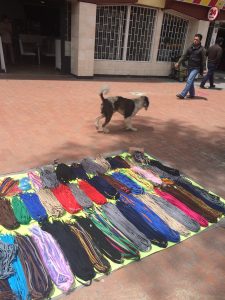 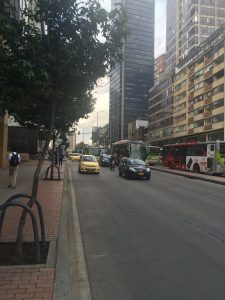 Three mornings a week I play tennis on clay courts shaded with ridiculously tall trees. This guy is my tennis teacher, Jose. Ex-navy fellow, very goofy and fun. When I swing-anna-miss, he excuses it by saying it wasn’t my fault, that the court is actually really low right in that spot. He’s been making the same joke for nearly three years. And this same dog has been sitting in the road that same amount of time. 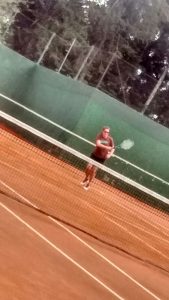 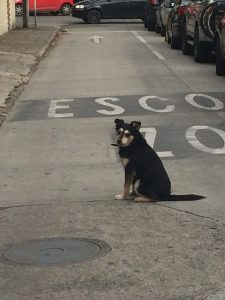 After tennis I sometimes get a big glass of fresh tangerine juice which they squeeze right in front of me, and which costs about 90 cents. It tastes like the sun is pouring down your gullet and filling up your innards. That’s an I-Love-Bogota moment for sure. 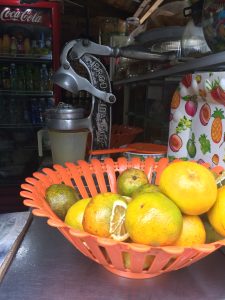 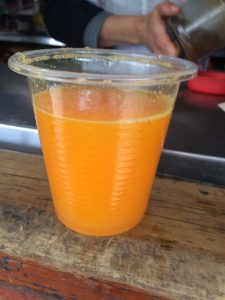 They’re putting up a new sign on the way to work – all the letters laid out in order on the ground. Then someone’s filming something, not uncommon in either our work neighborhood (La Merced, by the Parque Nacional) or where Roger and I both live (La Macarena, which the rich yuppies in the north shudder to utter, saying it’s “Bohemian.”) The houses are old and stone and attractive, filled with universities and foundations and little restaurants and minimarts and a bookstore and a leather shop and, well, us. 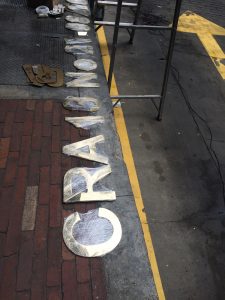 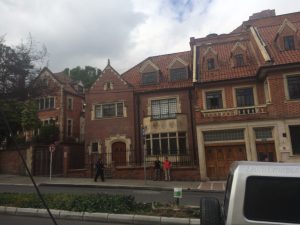 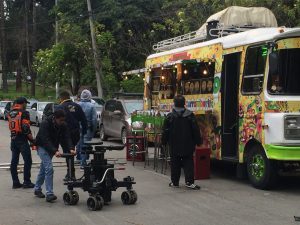 Esperanza is at the door when I come in. I go up the stairs to my desk, past the framed covers of all our reports. I think there are something like 15 now, plus a picture of the day we met the president and reported on the progress of one of his programs. 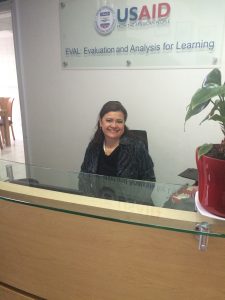 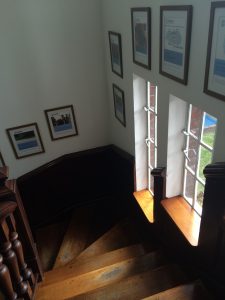 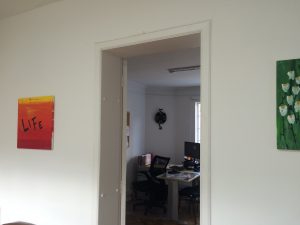 On Friday I gave my Big Presentation at the USAID mission, summing up more than a year of work, data from 20,000 rural households, a hundred or so interviews and focus groups, and a mountain of analysis. 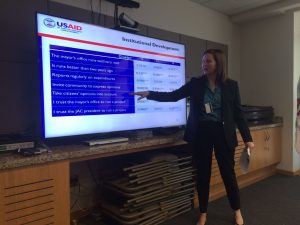 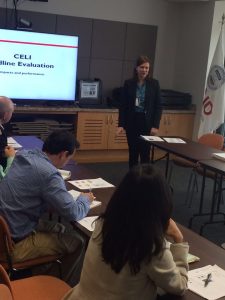 I look disdainful, don’t I?? Oh man. I don’t think I was. They gave us an hour. And when the big boss couldn’t make it to that session, they asked that we “sum it up” in ten minutes, a handful of “takeaways.” I think everyone was happy when it was done, including me. I made Roger promise to take me out for a McDonald’s soft serve ice cream cone afterwards, and he very kindly obliged. I don’t have a pic of that, but I do have two from our latest chic-coffee-house-outing: 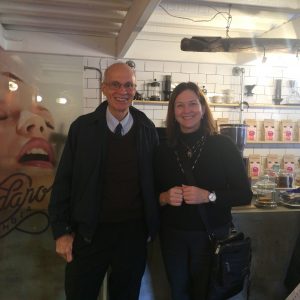 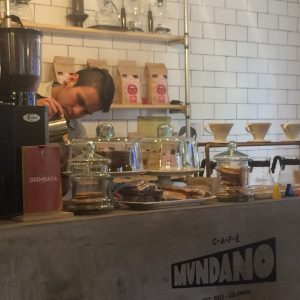 Nighttime is usually pretty homey. I like curling up with book or remote and not speaking to anyone! But this month has been more active – a few dinners, like my favorites Julia (for chewy thin crust real neapolitan pizza, a glass of Nero D’Avola, good company and leftovers for lunch the next day) and Agave Azul for surprises a la Mexicana, like this fresh salmon ceviche. 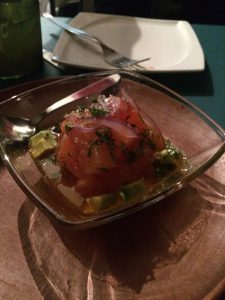 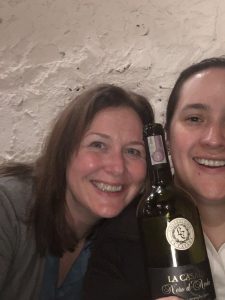 And I went to the neighborhood bookstore one day after work to hear a senator (Claudia Lopez) speak about peace: 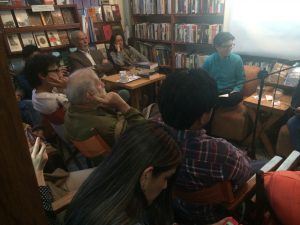 Someone should probably tell her to run for president. She was brilliant! Everything was on the table – the good, the bad and the ugly of past attempts at peace, and the raw calculation that the 75% urban Colombians really have to stand up and do this – peace – for the ones who live in desperate poverty, far from government, at the mercy of armed groups. I’d vote yes for peace, if I could.