Marshmallows and other metaphors 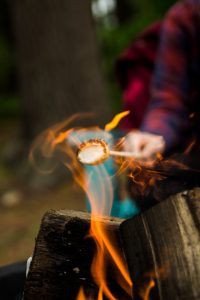 I’m swimming in work but treading water as best I can. I can’t wait to leave for Madrid but in the meantime I’m going to pump out seven reports and annexes, probably 1500 pages of hard-hitting sociological analysis! BOOM!

But I’m telling the whole thing out of order. I know better!

It has been a rough couple of months. Not rough like really rough, not Orlando, not whatever the hell the UK just did to itself, not Colombians fighting over whether or not they want peace rough. But internally, personally, occupationally rough. I’ve lost my motivation to work at a particularly bad moment: 1500 pages to go. I just want to finish, to close the big Colombia chapter I’ve been living, see my family, move to Madrid, be with Ramon. (Yeah, I didn’t really know where to look for the selfie. Aging, harrumph!)

My mom has been hovering constantly, and I’m not sure how to interact with her when she’s not actually, physically here. I’d prefer to get past the link I seem to have established that says “Mom = tears, sadness and mourning” – seems like it’s past time for some of those happier memories to be on top of the pile.

So anyway, there I am, mooning. Poor me, blah blah blah, work is hard, I’m sad. Talking to my therapist this morning I went over it all in that blithering detail that only someone you pay would listen to. I felt so underwater! For weeks now, when I look up, I can see the surface of the water but I have no kick to get there. Where were my motivators? My dear wonderful boss, my great love of the work I do, my deep vanity for doing a good job, the part of my heart that will be forever painted in Colombia’s tricolor. The only thing I could think of was getting to Spain, starting my new life, but that’s so… far… away, with this horrific set of tasks in between.

But all of a sudden I thought of surveyors I trained, who brought back the data for these 1500 pages of reports. My colleagues and I trained 180 surveyors, who went to 1400 of the nastiest chunks of conflict-affected land and made nice with 20,000 people to get them to fill out a 1.5 hour survey that brought up such happy topics as: how little economic promise they have, how crappy they’ve been “governed”, how mashed around they have been by various armed groups. And I had a couple images in my mind as I remembered them:

The surveyor who had just recently lost her husband. The one who had never done this type of work before but was all chirpy and positive about it. The one with the incredibly long fingernails and tight spandex who later sent me a picture of herself on a burro heading to a little village. The experienced one with the ponytail, who looked shocked when I gave him a new nickname, but soon decided he liked it. The ones who were attacked in a small city but INSISTED ON GOING BACK TO THE FIELD. The ones who were scared out of their wits. The ones who were continually rained on but still pushed a truck out of the mud on their way to another village. All this for a salary that would hurt you to hear, first-world fortunate friend or relative of mine.

And, bingo. I have my motivation again. I’ll write these reports for them, if for no one else. All of a sudden I was surfing instead of below the water. Then I read this on NPR.org:

I haven’t listened to the episode yet but the text is brilliant: Marshmallows. How do you get a kid to think differently about a marshmallow, for pity’s sake?

The point of the marshmallow test was to show how flexible people are — how easily changed if they simply reinterpret the way they frame the situation around them. But that’s not the moral that our culture drew from the marshmallow study.

I’m reframing my marshmallow today. Thanks, NPR; thanks, Dr. Snej; thanks, 180 brave sweet surveyors; and thanks, Mom.