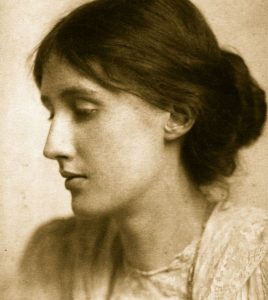 I’m a bit late getting to this piece of news, but I just read a story about Virginia Woolf’s suicide. I’ve never read any of her work. I need to catch up. (Pics from Getty, via the BBC article link.) 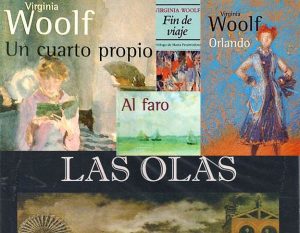 Woolf and her husband criticized Victorian rules. I saw the proscription and hipocrisy among the Downton Abbey women: Edith and Mary, Cora and Isobel. Women had no right to their bodies, thoughts, work, or inheritance. And these were the privileged ones! Still, over the course of the show, things changed: after WWI, some took advantage of the opening for new roles for themselves.

Woolf’s Bloomsbury Circle attacked rigid practices and rules of the time. Women and men participated, along with people without titles (*gasp*!) Woolf’s crime against the literature magnates of the time was to express what a person was through their thoughts, rather than how they looked or behaved. Hard to think, today, that this was revolutionary.

We pretend artists’ mental problems are some romantic connection to the exciting, weird, beautiful, divine universal truths, and that it’s their madness that makes them great artists. Like Hemingway or Pollock or Van Gogh, what they see in their madness is superior and purely distinct. They’re also not subject to the same laws or ethics as the rest, because they’re creative geniuses, and a bit loco, right? (Well, at least the men get that break.)

This story about Woolf made me think of mental illness in another way. It’s the first time I’ve seen it through the lens of the people who loved the artist. They suffered alongside her, and the way it’s described, it’s like any episodic infirmity – like multiple sclerosis or epilepsy – that afflicts and torments, not something that inspires.

Maybe the part of madness that might make someone an artist is the fact of being an outsider, permanently, in your life and times. You don’t fit, and can’t take the simple paths that everyone else can take. You’re forced to look in from outside, and think about what you see in terms of different categories, different values. It’s a pretty strong description for How to Live While Not White and Male, actually.

Woolf’s suicide comes in the context of what from all accounts was a very loving marriage. Their friends and family called Woolf’s relationship ideal, of two who understood and respected one another deeply. Her husband watched her suffer deep emotional troughs for 25 years. In her note, Woolf says she doesn’t want to spoil her husband’s life anymore. That gives me actual chills because I hear myself and my women friends and family in it – we’re afraid to be too emotional, more so than our husbands, boyfriends, brothers, bosses… But in a world in which masculinity (especially the white kind) is the “ideal” and t

he woman is aberrant, what makes more sense than a woman with emotions that are difficult to contain? What’s more natural than a man enjoying his life while a woman has to battle to be heard and taken seriously?

A couple weeks ago I was in a conference room with ten men and a woman, talking statistics. The guy who’d made these stats – let’s call him the Alpha – doesn’t like errors. I’m the boss, and I have found errors or just questions in the data, and I bring them to the Alpha’s attention. No biggie: we’re talking a huge database with 400 variables, complicated regressions, and cuts at the data by sex, region, treatment vs. control… you get the picture. It doesn’t surprise me or piss me off to find errors in the database – let’s just clean ’em up and move on.

But for the Alpha, an error is something else entirely. “Threat to his masculinity” comes to mind, or a threat to his lording his brilliance over his team. So these conference room settings, with me pointing out a problem, are intolerable for him. (They’re absolutely no walk in the part for anyone!) In this particular meeting he presented some data he had recently “run”, or generated, with a flagrant error. He stood in front of the group and presented a ridiculous piece of data – I won’t bore you with the detes but he was saying, basically, “Yes, black is indeed white. See the proof?” And he videobeamed some statistics saying black was really freaking white. I called him on it. “I don’t see how black can be white, dude. Nothing personal.” (I’m paraphrasing.)

The Alpha was very upset at my disbelief, his team defended him, and everyone drowned out the young woman who was trying to speak.

Finally one of the other men, not on the Alpha’s team, pipes up: You know what? That doesn’t make any sense. Black’s not white. See here how it can’t be? The Alpha begins to pay attention. If there’s someone with a penis saying it, there might be something to it! Finally there’s a bit of silence and the young woman speaks. Turns out there’s an error that she’s been trying to tell them about, and that black is not, in fact, white. The Alpha looks daggers at her, and sits heavily. His voice drops a full octave and 30 decibels, and he blames an absent colleague for having run these data at 6:00 that very morning. (I gave their team two weeks look at the anomalies.)

That young woman and I had every right to leave that room full of anger. Of course we’re going to have emotions outside the masculine acceptable norms in moments like that, like countless other conference rooms I’ve left throughout my whole career in such women-leadership-friendly zones like Pakistan, Afghanistan, Sudan, Kenya and Zambia. And don’t get me started on Washington DC… Ginger Rogers said she had to do everything Fred Astaire did, but backward and in high heels. She didn’t mention but she also had to do it without society or peer support. I wonder how mad she got…