Why are we still fighting these battles? 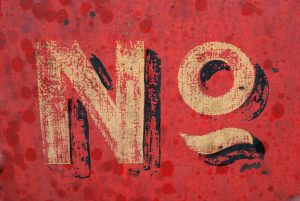 I promised to write about the peace talks this week, and I will. But not yet. There’s some seriously unfinished business on my mind.

Can someone tell me how we’re still fighting these battles? Didn’t the country just (more or less) finally admit it’s alright to be gay? But we still haven’t resolved white privilege, inclusive culture, inequality for women, police brutality against black people. I thought we were getting somewhere, but I think I am too Pollyanna sometimes.

Colombia’s peace dialogues are extremely male-dominated. Two women from the government and one from the guerrillas are there, in a “second tier”. (reference) That’s nice. There are also plenty of gauzy moments in the national press where women victims go to the talks, express their outrage or their hope or both, and then come back home to Colombia. These stories are relatable, deeply real, often horrifying, and important. But the sound you hear in the middle of a long stretch of discussions, with no end in sight, is ties being loosened, not heels being slipped off underneath the table. Why?

A rotten week at work last week has me thinking about inherent sexism here. Not the kind where your boss pats your butt and asks you to stay late at the office – though I’m afraid that wouldn’t surprise me much. I’m speaking rather of the kind where one’s male colleagues and even direct-reports undermine you, subvert your influence on work products, and just bloody wear… you… down. It’s hard to get my mind around this continual assault in a country with such highly educated, motivated women professionals so nearly evenly mixed with men professionals.

Here’s a definition of feminism I found in a Slate article today about Emma Watson’s feminist book club, written by a member from Pennsylvania:

Feminism is the appreciation of beauty, ability, intelligence, capability, and potential in all people. From here

If that’s so, and I’ve met a lot of feminists for whom it is, is there any way to explain the motivation – probably subconscious – to undermine the women around or (gasp!) above you? What’s behind the persistent, pervasive low-grade attacks? Why is the benefit of having the whole sky held up so invisible to you?

The degree to which I suffer for this is minimal, compared to the secretary who’s butt is patted, which is in turn minimal compared to the war victim who is targeted and abused for being a woman. But it’s built on the same foundation, which is (not by chance) the same one that puts blacks or gays or Latinos or people with disabilities or anyone who’s not “First Tier” at a significant and enduring disadvantage.

Quantify the disadvantage? Sure, check out the articles I posted above. Two of them are absolutely loaded with stories, too, from the people who’ve suffered discrimination. What each of those people, and all the ones they represent, wants to do in the world is limited, to greater or lesser degrees, by this disadvantage. The voices of women at the peace talks in Havana are marginalized, when (according to the article above and a slew of others (including this exorbitantly well-researched ones here and also here) show how the absence of women’s voices in peace talks condemns them to ultimate failure.

The loss to the world, then, is staggering. It’s like counting GDP without considering industry. Sure, you get a figure – but it’s discounted so much as to be useless. Think of what we’re missing out on as a people, as a civilization. What can you do? I’m going to start with those two asshats I work with. And I’m going to keep the conversation going.