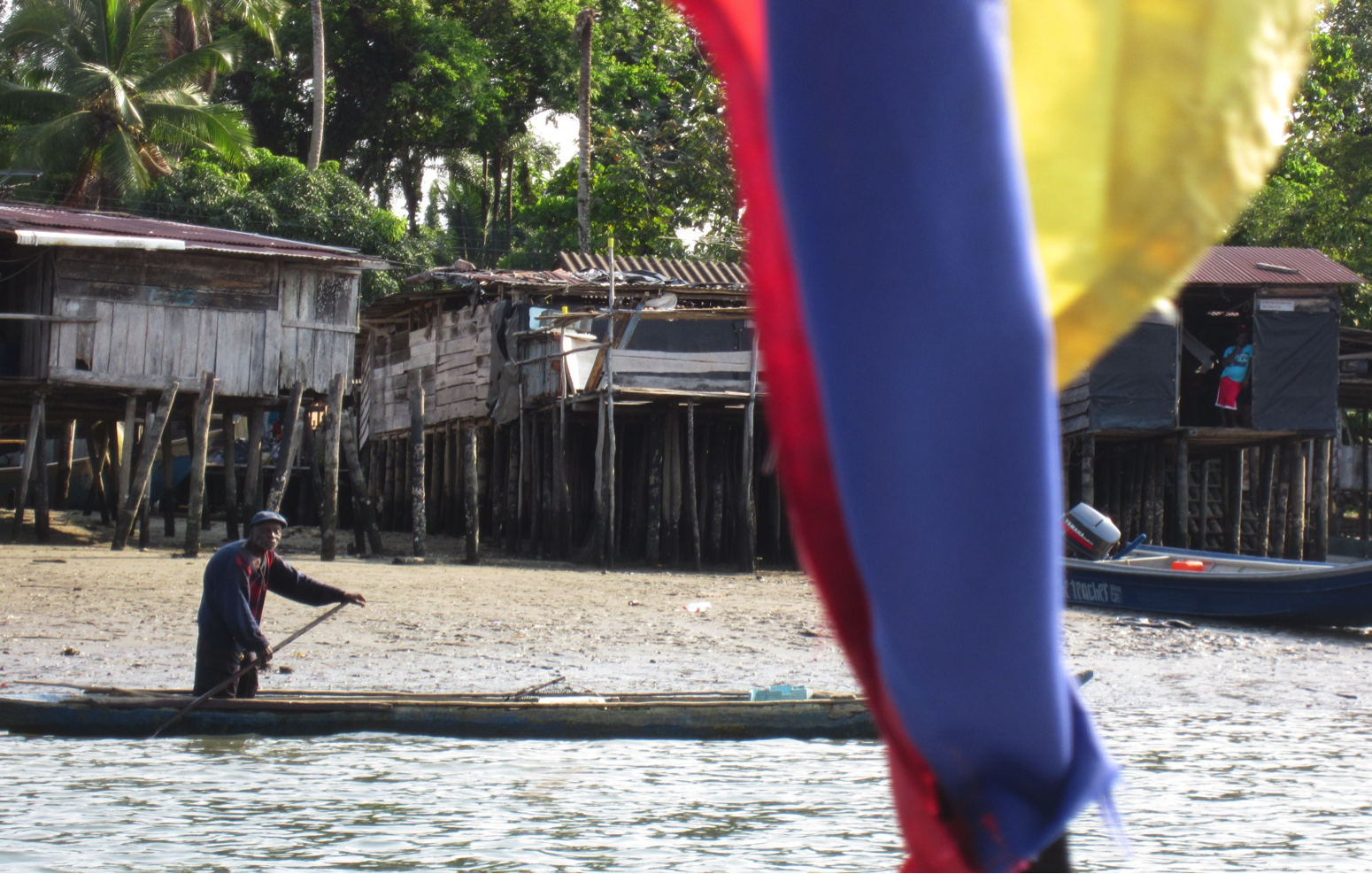 Bogota has its share of problems. It’s a big, noisy, gritty city with more inhabitants than it can reasonably handle. Unlike back home, demand for public transportation is enviably high: bus it and they will come. Supply is another story. I recommend Aire Nuevo para BogotÃ¡, a blog on this topic, if you want to be thoroughly disgusted by pictures of buses launching streams of foul pollution at every stoplight, and repetitive and rampantly premature articles about how the government is going to fix the problems. I already know the issue all too well from my short walk to work.

There are pickpockets, prostitutes, indigents with severe drug problems. No-go zones. Displaced people from all around the country who escape the armed conflict only to find themselves at the untenable edges of the grit of the city, seeking a living by any means possible.

A local friend put it to me this way last night: education reform in the 70s that eliminated moral education and installed automatic passing from grade to grade took away education quality, but left them with high expectations about entitlements. He said it made Bogotanos unable to think, but very astute: always looking for the way to get a buck even when it hadn’t been earned. It is to this that he attributes the outrageous corruption in the capital. “Go ahead and rob,” he begs the leadership. “But do it like in Medellin – leave enough for the public works, for vital public goods like transport and policing.”

It’s a sentiment I’ve heard ever since I got here, three years ago. And yet, and yet… Bogota is a spectacularly cosmopolitan, modern, capable place. You can get where you need to go (but do budget in lots of extra time) and there are opportunities to make a living. It’s not going to be easy unless you were born rich, part of the elite. But you can do it. It strikes me as a monumental contrast with the rural Colombia of the armed conflict. This pic was taken by my former boss, Mark Renzi, in Choco while he was out doing field research. Not to put too fine a point on it, but this is poverty. The people here have little or no income, agriculture is next to impossible, and they have to poop through a hole in the floor of their huts-on-sticks. In this part of the country they are not always targeted by the armed conflict actors, but they are never safe. Food security is a foreign concept, as is any security of any type. They’re on their own. Then they get blamed for being “assistentialist” – that is, that they become dependent on government handouts. Funny, since the government has given them so little to begin with.

Could there be any place further from Bogota?

Next week, the peace talks continue. Who benefits?