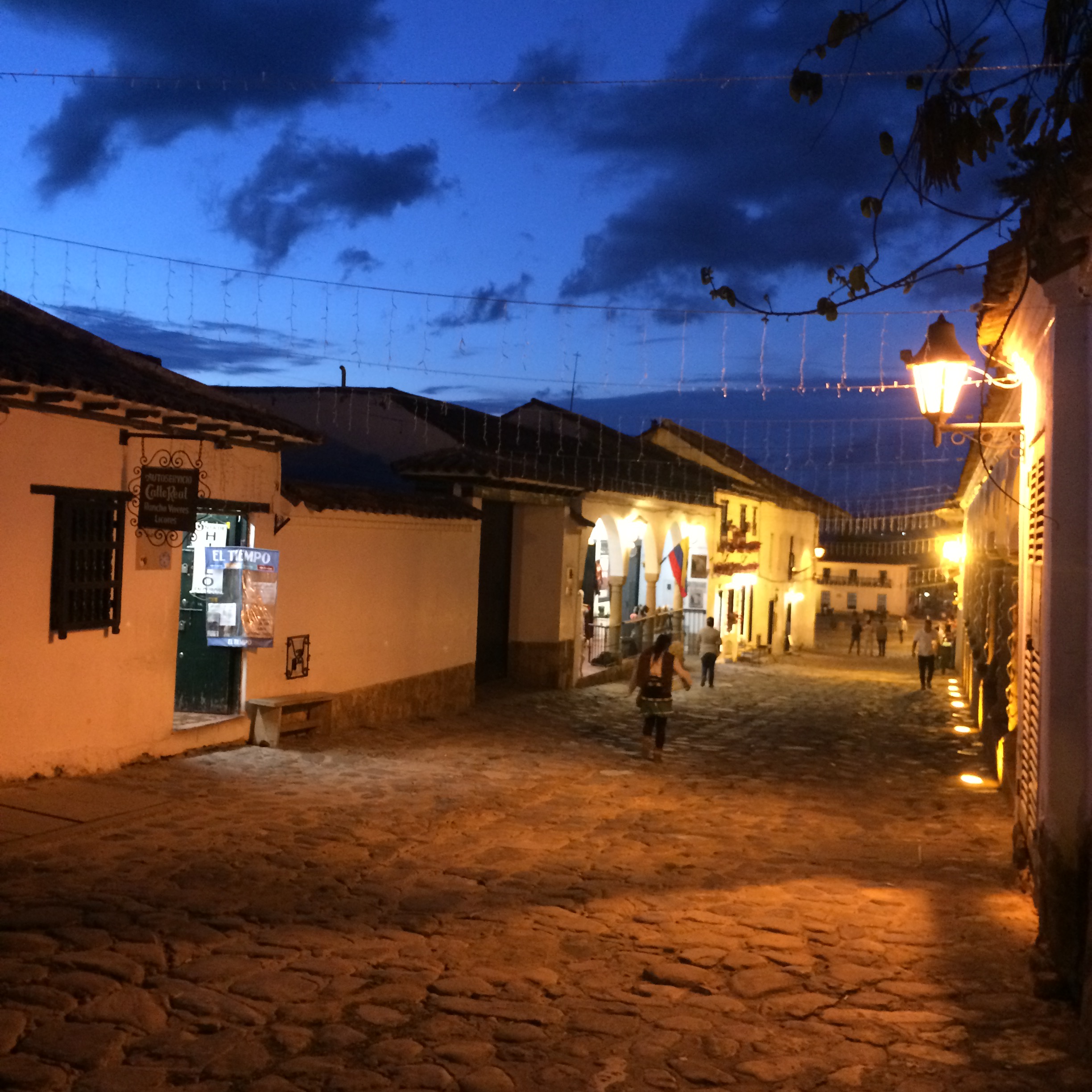 It strikes me that Villa de Leyva is the perfect little Colonial town for a lazy vacation. It’s 3-4 hours’ drive from Bogota, settled in a warm valley, full of restaurants and hotels, and very peaceful and safe. Oodles of stars become visible as night falls. There is only one imperative, and that is to stroll. My favorite part of the trip was a 6:00 a.m. hike up the dirt road behind my hotel (Casa de las Aguas, for whoever might be interested) with the hotel owner. After climbing steadily up for half an hour, we reached an ashram, filled with gardens, novitiates and cats. We entered the light-filled yoga studio, where my perfect cushy mat placed me just under the gaze of a massive sunflower, leaning in from the garden. It was the best yoga class ever.

I rented a bike to see several nearby sites: dinosaur and fossil museums, seven tiny and very oddly colored lakes, a winery/monastery, an ostrich farm: and a weird bubbly shaped terracotta home that is spiritual kindred to Casapueblo in Punta del Este, Uruguay, about which I’ve written before. Here are some pictures of the Colombian version:

At moments, I find the place a bit… unsettling, a bit too elemental, like the earth is prematurely swallowing me up. At others, I’m giddy with the weirdness of it. Much like I was in Uruguay at Casapueblo.

One thing you might not know, as I didn’t, was the fame of the locals in fireworks. I was there a week before their annual festival, and they were practicing. Two major fireworks factories are in the nearby environs, and folks from the area fancy themselves the best at blowing up pretty powders in the air. A very nice way to spend Thanksgiving 2015. Turkey-less, but it was a sacrifice I’d make again. Ending with this photo just because the kid is so cute. Check out his poncho!!! And who knew they made helmets that size? I think his driver is getting a pizza where I had dinner that night.