Would you buy this book? 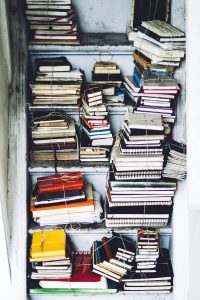 Stage actor and part-time hairdresser Nathalie Qadir befriends three polite young Muslim men in her immigrant neighborhood in London; they fill a hole in her heart where her brother once was. She doesn’t realize that terrorist financier and ideologue Abn Al Sadr has trained them for jihad. The boys blow themselves up along with 247 innocents, and Nathalie is crushed with guilt. There were signs, she tells herself, if she had cared to see them. Listen to your little voice, her Mum always told her. She fears she can never forgive herself.

Nathalie is picked up and interrogated by the MI6. She speaks fluent Arabic, as a child of exiled Palestinians, and is a master of accents, improvisation and disguise from her years on the English stage. She desperately wants to atone. And something else, a favored trait for intel recruits: Nat is alone, with her brother dead, her father immobilized by strokes, and her mum with Alzheimer’s. That’s a package MI6 wants on board. Despite deep misgivings about MI6, she lets herself be convinced. MI6 send Nathalie from Jordan to Tajikistan and from New Jersey to the broken terrain of Syria, trying to stop Sadr’s oil-fueled New Caliphate and his defiant fighters with Western passports. One point strongly in her favor is an undercover colleague, the Spaniard she calls El Moro, braving it out inside Sadr’s organization who Nathalie rather fancies. She’ll take any help she can get to identify an MI6 mole, take Sadr out, and survive the New Caliphate radicalsÂ in the badlands of Iraq. At the same time she’s got to figure out how much of MI6’s own brand of evil she can continue to stomach or if it’s just time to get out.

I’d be grateful if you’d answer a two-question survey here. Thanks!