Back from Kaintuck – with the Moron Brothers! 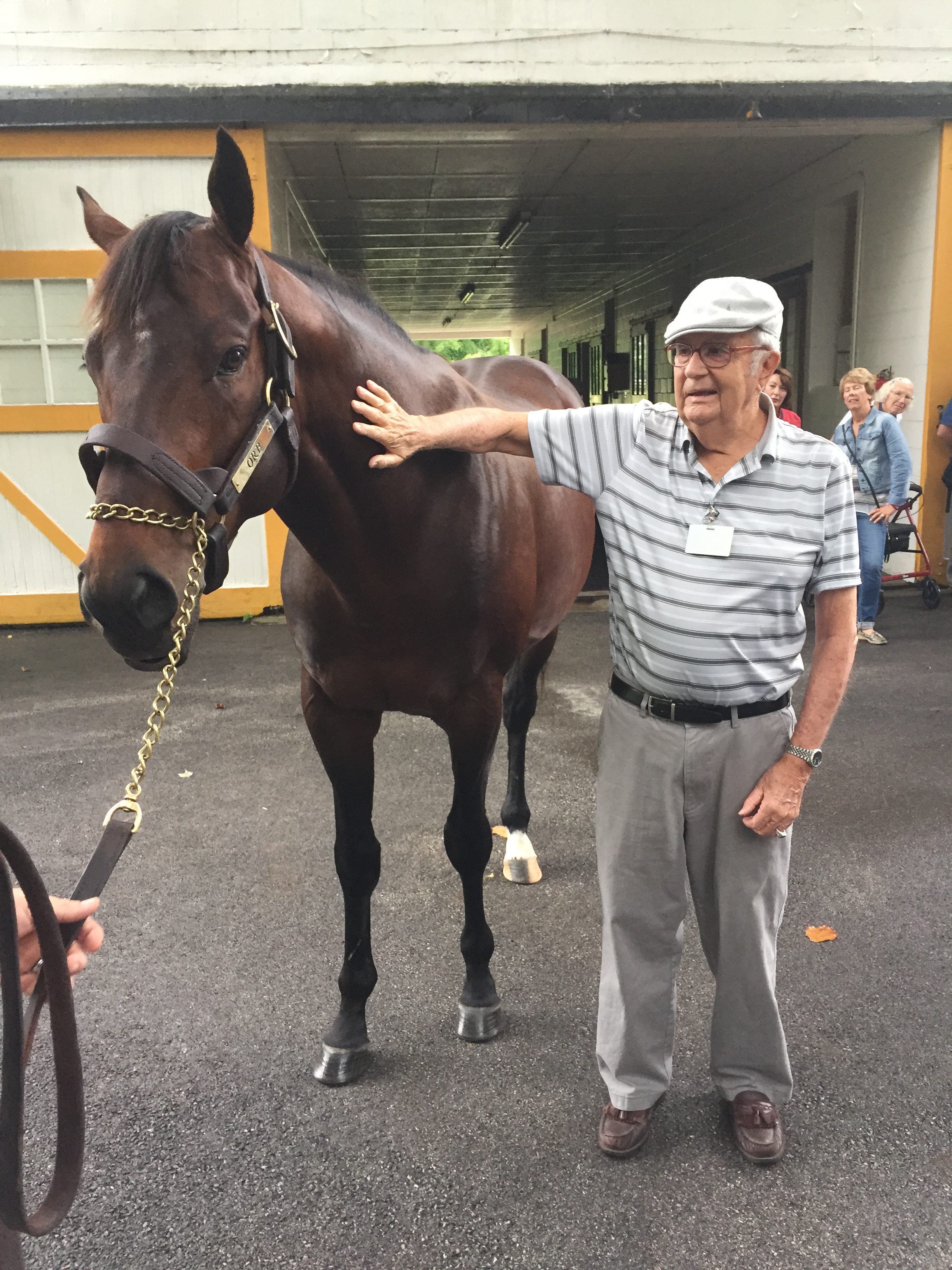 Kyna, Dad and I went to Kentucky. You can’t go to Kentucky without seeing horses: This one is a stallion that is rented out for his… prowess. If you know what I mean. It’s creepy in that they tie up the mares to whom he is… assigned. He goes four times a day and his owners charge thousands of dollars for the… service. He eats hay covered with molasses and is gently combed several times a day. His quarters are sprayed to rid them of any annoying bugs. That’s the kind of money he brings in. One of the horses, nicknamed The Sire on Fire, has sired horses that have won $40 million dollars at the races. This is a side of horse racing that I knew nothing about.

The other must-see in Kentucky is the Bourbon Trail. Here are the vats at Woodford Reserve, brewing up what smelled like banana bread but which is slightly more inebriating: There are three giant stills made of copper. The guy giving us the tour is a professional actor – with a perfect Kentucky accent, which we assumed was authentic. But if he’s an actor, who knows??

We also saw the aging barrels and then watched the bottling, which was cool: The event we attended in Kentucky included a singing/comedy act called The Moron Brothers. This was Kyna’s favorite joke:

Here’s one of a famous Johnny Cash song called I’ve Been Everywhere:

Their jokes were corny but very cute: