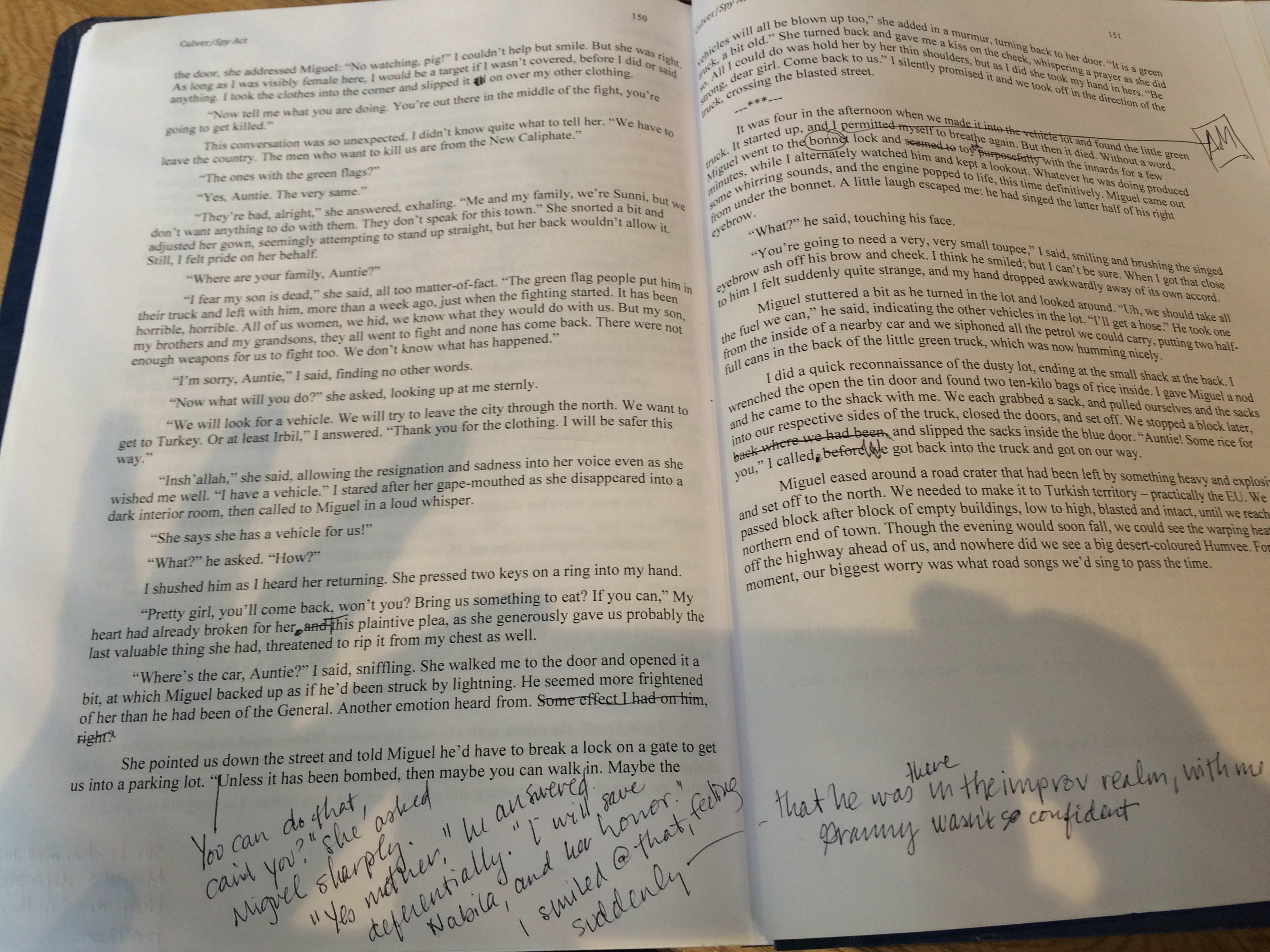 I read an old article by Oliver Sacks yesterday, about the Sabbath and keeping it holy. He was raised Orthodox in the Jewish faith and the Sabbath was really the Sabbath. In Washington DC I used to go to Shabbat dinner with Zahara and other friends and there was really that sense of relaxation, enjoying each other’s company, not working at all. I’ve got no religion whatsoever, and it sounds like Sacks went several rounds on that question too. He comments near the end of his life that he is thinking about “what is meant by living a good and worthwhile life achieving a sense of peace within oneself. I find my thoughts drifting to the Sabbath, the day of rest, the seventh day of the week, and perhaps the seventh day of one’s life as well, when one can feel that one’s work is done, and one may, in good conscience, rest.”

Resting is fraught, isn’t it? Weekends are the times I spend working on my book – lots and lots of hours lately, working a revision suggested by an editor who read my manuscript. If I don’t do it on Sundays, it doesn’t get done. But it would be nice to have a rest without feeling like I was letting things slide. Work, itself, is never complete during the week. There were three or four things hanging over my head during this long weekend we just enjoyed, and when I arrived on Tuesday two more arrived in my inbox. Big things, time consuming things, things that are not done till someone says, “Alright, you’re finished, let’s turn it in,” but could seriously continue to be reviewed, improved, perfected. To me it seems I’ve done very well to confine my work on my book to the weekends, and to eschew work work from Friday at 5 till Monrday at 8, a real triumph over workaholism. But is it? If I’m still working, just on something else?

The good news is this review is almost done. I’m just reading it aloud, to capture any errors or duplicate words or weird sounds that got missed or added during this last round of revisions. But then there’s the query letter, the synopsis, and the arduous monster-task of sending it to dozens and dozens of agents, hoping one will bite. That’s work, I mean to tell you! And I’m not sure how to reconcile it with the notion that I’m not relaxed, I’m not recharged. I want this book published, so it’s not like anyone is forcing me to do this work. But there’s got to be some time left in the world for gazing off into the middle distance and letting one’s mind wander, while sipping lemonade.

Now: here’s another rub. There are lots of hours that I spend doing things that do not relax me nor do they advance either my job or my book. Watching TV, for example. That’s probably my substitute for that middle-distance stare, but it seems like a cheap and phony substitute. Yet when I am doing it, I can’t imagine lifting myself from the couch. I feel I have “earned” this down-time, even if it’s neither refreshing nor relaxing, not really. How could it be? It’s full of terrorist plots, familial strife, murder investigations, and the other plots we get on TV and in movies. Is it any wonder when I finally lay down to sleep, five nights out of ten, I lay there kind of busy-minded? A DC-based murder writer said he had to give up things for his dream – that he wanted to be a writer, so he gave up evenings of TV, some time with his family, sleeping late on weekends, to achieve his dream. Do I not want my dream enough??

Would love to hear others’ ways to deal with rest. Do you take a day off? Do you, like Colombian families here and Orthodox Jewish families in Oliver Sacks’ childhood, spend Sundays together without lifting a finger? How do you feel about that? What do you do if you have some “something” that burns in you besides your job – how do you fit that in?