A day in the life… Bogota 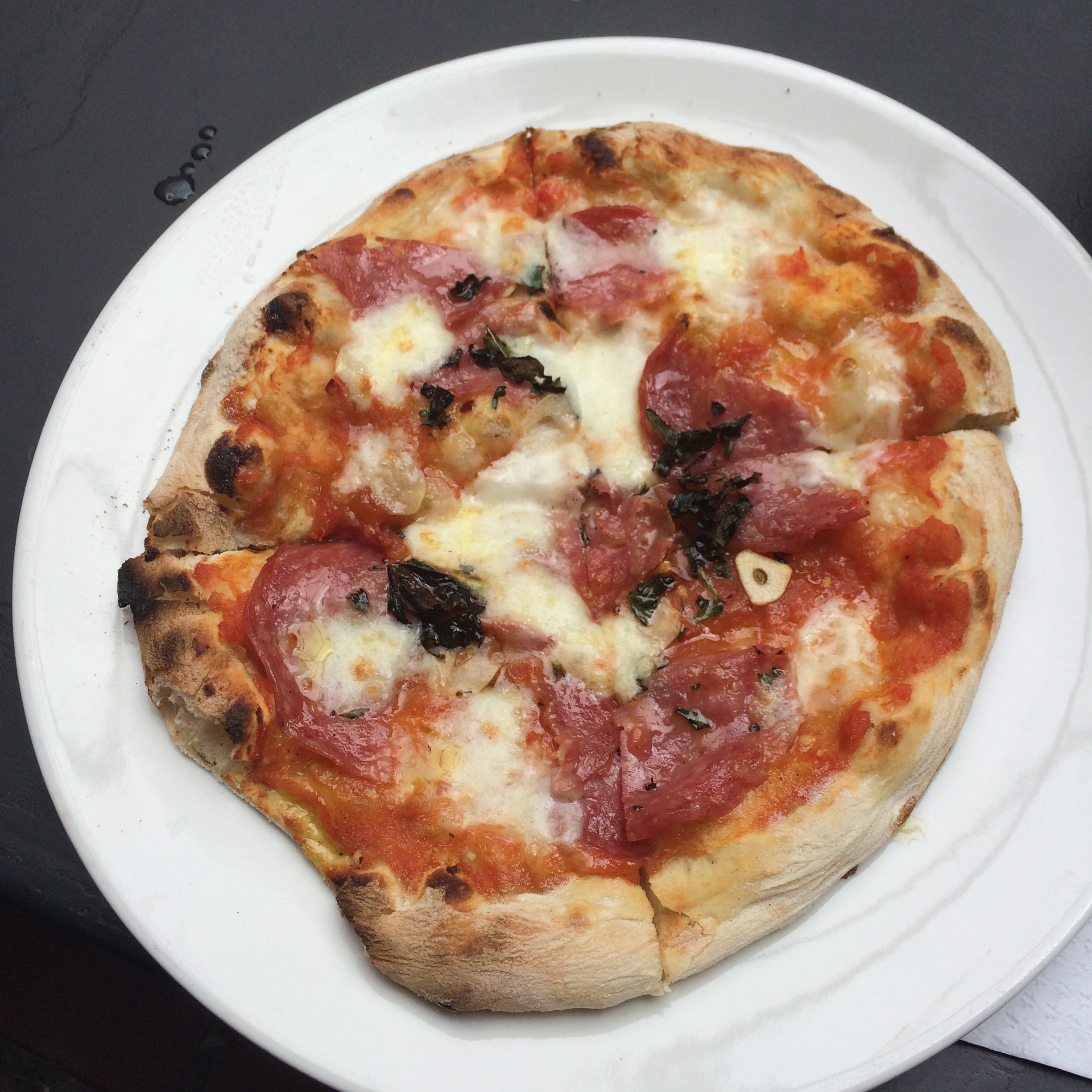 It’s cloudy today, but the clouds are so high I think it might not rain. Maybe 60 degrees? 65? Pretty pleasant, if gray. We usually get 3-5 seasons per day here. I leave the house laden with sweater, coat, low-heeled water resistant shoes, sunglasses and sunscreen. Every day. Yesterday was particularly schizoid: sun, rain, sun, rain, sun, rain. We joked that “Bogota meteorologist” is the easiest job in the world. Whatever you predict, it’s probably going to be right.

I played tennis this morning and the resulting score was 3 games to 5. I did, indeed, lose. But it’s the closest I’ve ever been to winning. Also, I look smashing in the skirt. (Which, not coincidentally, is the reason I took up tennis to begin with. There was a cute skirt at a sports store, I tried it on and liked it, and from there went over to check out racquets and other accoutrements. True story.) My street is inundated with water – a road construction project went very wrong. We were feeling the jackhammers all day yesterday, till they just… stopped. And the flood began. I was trying to cross the street on a makeshift bridge (some planks a cop had put over the raging river) and a young man reached out and took my hand to help me. I was so charmed! A gentlemanly Bogota’n! Until I realized he was probably doing it because he thought I was old. Oh my god.

What am I going to do this weekend, you ask? That’s so pleasant of you. Well, tomorrow I’m working on my book in the morning, then playing tennis with a bunch of people in the afternoon. We do a round-robin with all the players, typically a dozen or so. So in two hours, one plays four to six matches, and with each result, you play with players most closely matched to your skills. If I lose (which I always do) I play the loser of another match until, finally, I am the lowest on the totem pole. Doesn’t that sound fun??? Well, it is. Screw winning, it’s overrated. I am ego-free when it comes to tennis. I have to be.

Sunday I will run with my dog-friend Teo: and his human, Jaime. I’ll work on my book some more, because I made the completely unreasonable promise to the editor to have it done this weekend. I’ll talk to family, getting ever more excited about the arrival of Lauren and Kyna in two weeks’ time.

And I will, most likely, eat Julia’s pizza: This is the BEST. If I had a million dollars, I would get one of these pizzas, hot and fresh, to your door right now.