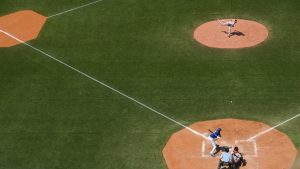 Hey y’all. This weekend I send out my “pitch” – ~200 words that have to get your blood boiling, your interest piqued and your wallet out! I’d love to get a poll of your opinions: which of the following three pitches would make you want to buy the book?

Don’t you like wind in your hair? Sadr asked. Nathalie’s glossy black strands whip around her face. How will you like it when I toss you out into it? Everyone, except Nathalie, laughs.

About as much as you liked me stealing your car when I escaped last time, she answers. And blowing up your very well-appointed garage. Your jihad certainly has excellent benefits, doesn’t it? A ballsy response for a skinny woman being dangled out an open airplane hatch at 8,000 feet.

Nathalie Qadir is thinking  hard. As MI6’s prize chameleon, the best spy working in the Arab world, she is the only one who can get in position to slice the jugular of Sadr’s operation, cutting off funding to his suicide bomber training camps. His graduates have attacked her beloved London, as well as Rome, Amsterdam and Istanbul. But first she has to get off this plane.

What she doesn’t know is that her boss at MI6 has sold her out, in exchange for a retirement plan that Sadr has promised him. The back-up she thinks might save her will send her right back into the fire.

Nathalie Qadir, reluctant MI6 spy, is being frog-marched in broad daylight by two jihadists, dressed sharply in NYPD uniforms. She’s slight, if scrappy, but no physical match for them.

That’s not the real danger.

Terrorist financier Abn al Sadr sent the impostor cops to kill Nathalie. Without her, his four explosives-filled vans  driven by suicidals will reach their destinations in Manhattan. Rather as he has done in London, Istanbul, Rome and Amsterdam.

That’s also not the real danger.

Sadr has used his wealth to buy the soul of Nathalie’s boss at MI6, greasing the way for his worldwide network. There’ll be little in his way now.

Even that is not the real danger.

Nathalie, though born in Palestine, has never known a home other than London. She’s slippery, and doesn’t stay captured long. She’s listening to the little voice of survival in her head. Once she does that, it’s only a matter of time.

The real danger is what Nathalie’s going to do to them when she gets free.

MI6 operative Nathalie Qadir has the head of a terrorist financing organisation in her sights  Abn al Sadr. But she’s bound and shackled on a cargo plane somewhere over eastern Turkey, and mocking her captors hasn’t gotten her anywhere.

After indulging briefly in self-pity and desolation (of the Oh heavens, I’m going to die variety), she hears an adamant voice in her head. This isn’t over, the voice says. You’ll survive, all right, and this time you’ll stop Sadr for good.

She doesn’t know yet that her boss at MI6 has set up an ambush at the landing point, ready to steal the plane’s cargo and kill everyone inside  including her. But it’s better she doesn’t know. If she did, she would have to think about quitting her job.

And what then? Go back to styling hair and acting in community theatre? That Nathalie died eight years ago, when she unwittingly aided a group of young Arab men (my boys, she had called them) in their three-pronged suicide attack on her native London. The little voice that had saved her then was just as insistent today: quit whinging, find a way out, and, for God’s sake, stop the next attack.

The little voice will have to get her through that ambush, too.

You’re up! The winning pitch will go in letters to the agents. What the hell, I don’t know what I’m doing, and y’all are The Public, right?

I love #1 best by far. The standard I used is – if I am standing in a bookstore reading jacket backs, which one makes me want to buy the book? #1 was most intriguing by that standard. You know, of course, that I am not an editor so this is pure layperson judgment. P.S. You are such a great writer! I can’t wait to read the novel WHEN it gets published.

Thanks babe!!! So funny… None seems to take off. Either theyre all good or all bad! 🙂