All I do is eat (Georgia, continued…) 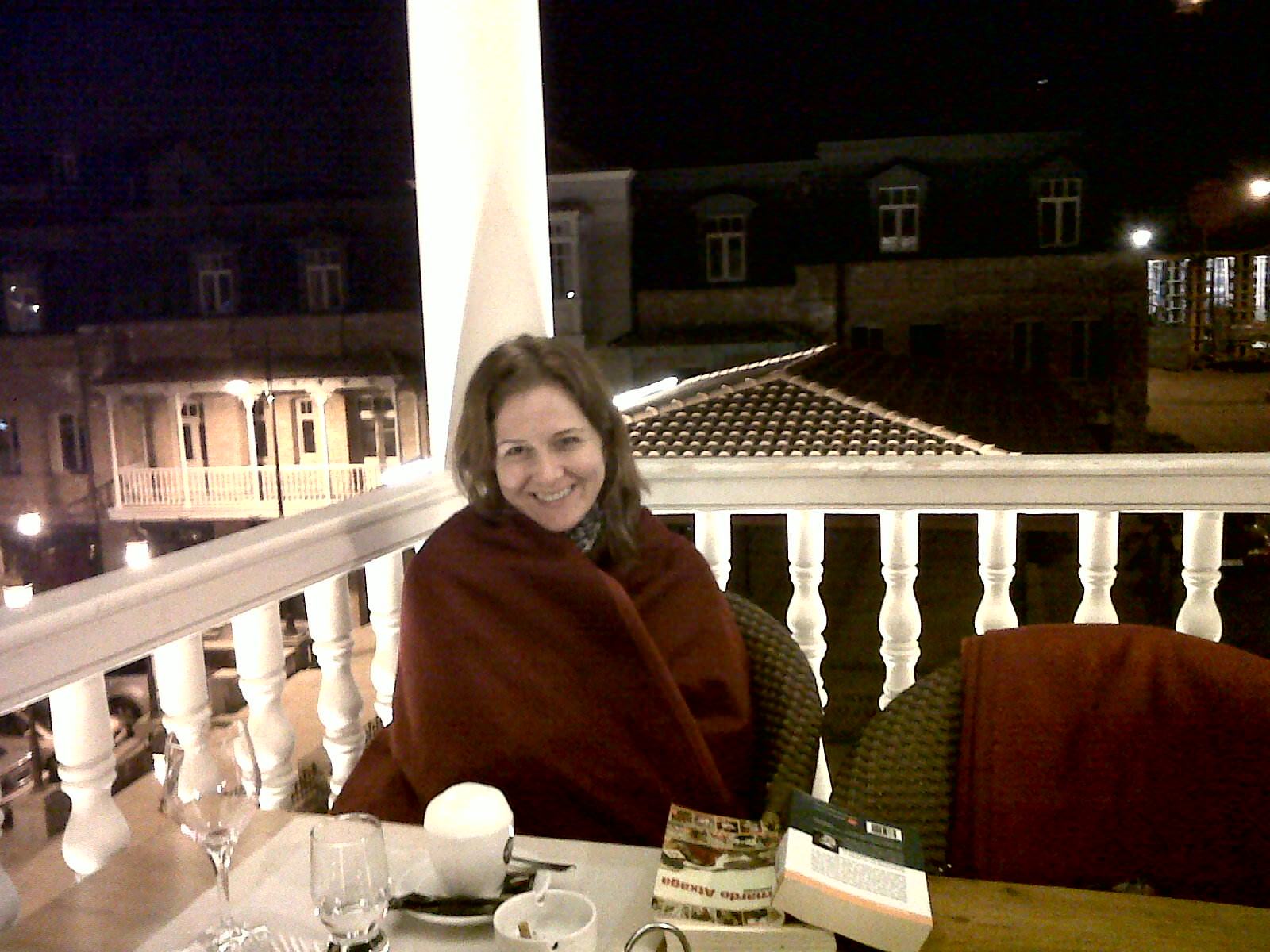 What a lovely day.  I spent the first several hours of it just reading a novel, sitting on the front patio of the hotel.  It felt so indulgent and extravagant.  At about 3:00 I finished my book, changed into sneakers and a t-shirt, and hiked up the mountain behind the hotel.  At the top of the mountain is an asymmetrical tower – the Georgian Eiffel: 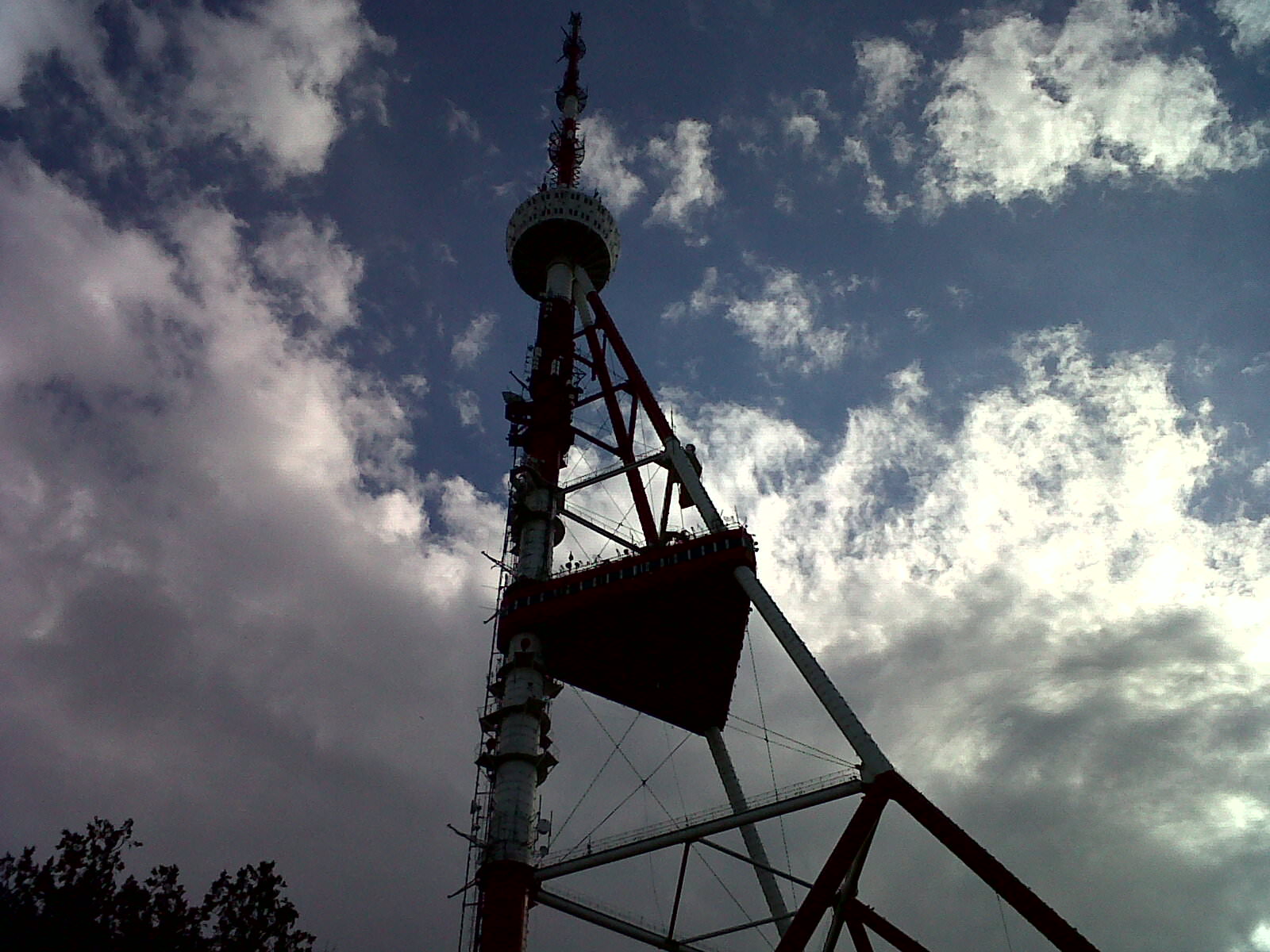 A spaghetti bowl of paths weave up and across the mountain; lots of individuals, families and couples were traipsing up or down as I climbed.  It took less than an hour – maybe I should call it a hill instead of a mountain? – but it was lovely to see the city from so high up. 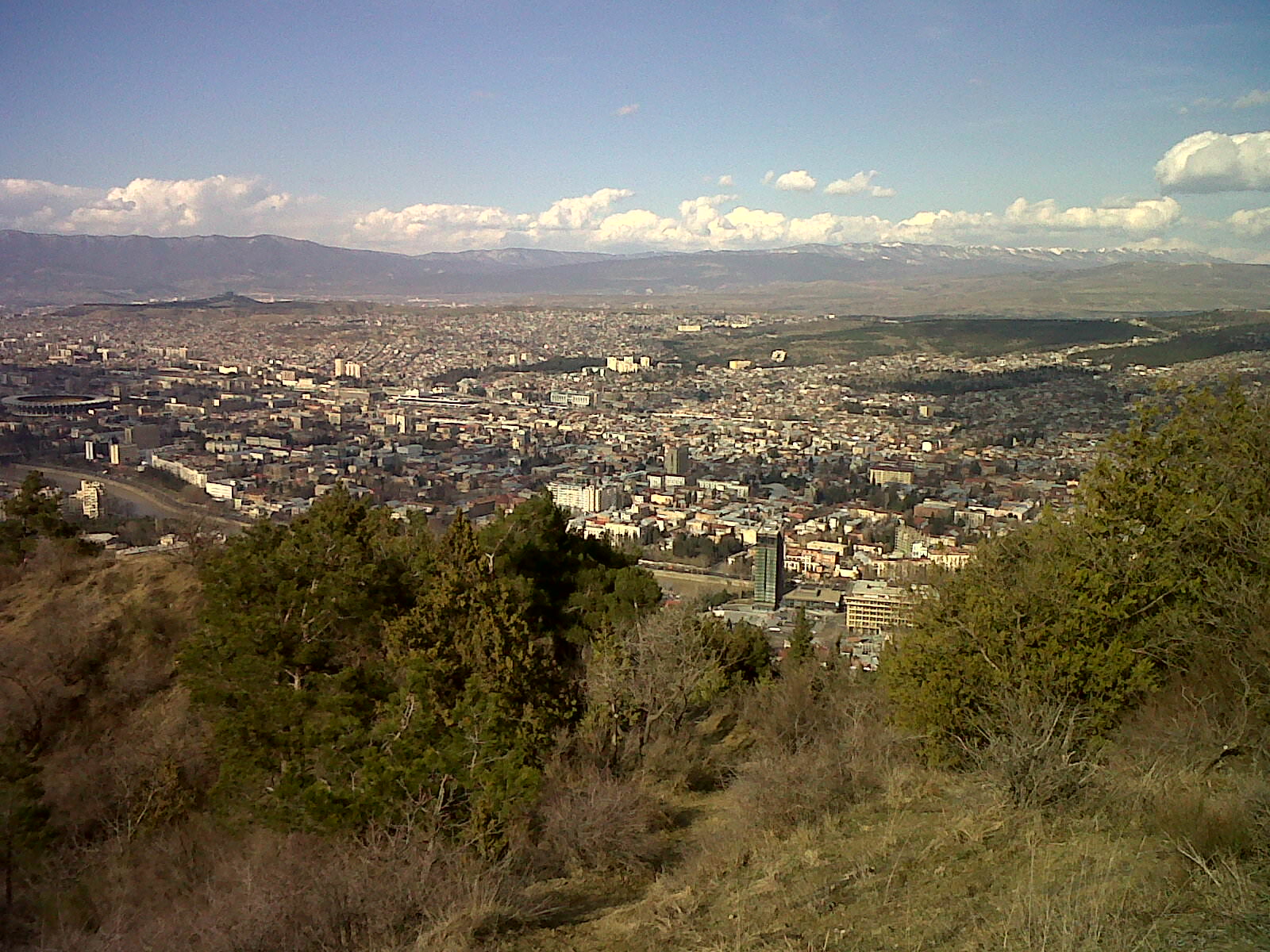 I felt rejuvenated after the hike and walked back to the old city in Tbilisi for more sight seeing.  Lucky I did!  Because the first time I went to the old city, yesterday, apparently I never made it!  I was off by a few blocks.  So this time, today, I went a little farther… lost myself a bit more convincingly… and found amazing sights.  Each one made me think of a friend or family member, like the Barselona Totalizator sign (which made me think of Kyna, when we watched the Barcelona game together…) or the Absinthe Bar sign, which made me think of Shane and meeting an absinthe drinker on H St NW.  Or the Simpsons donut kiosk sign, which of course made me think of (my niece) Lauren and (my brother) Kyle, who love the Simpsons like I love M*A*S*H: 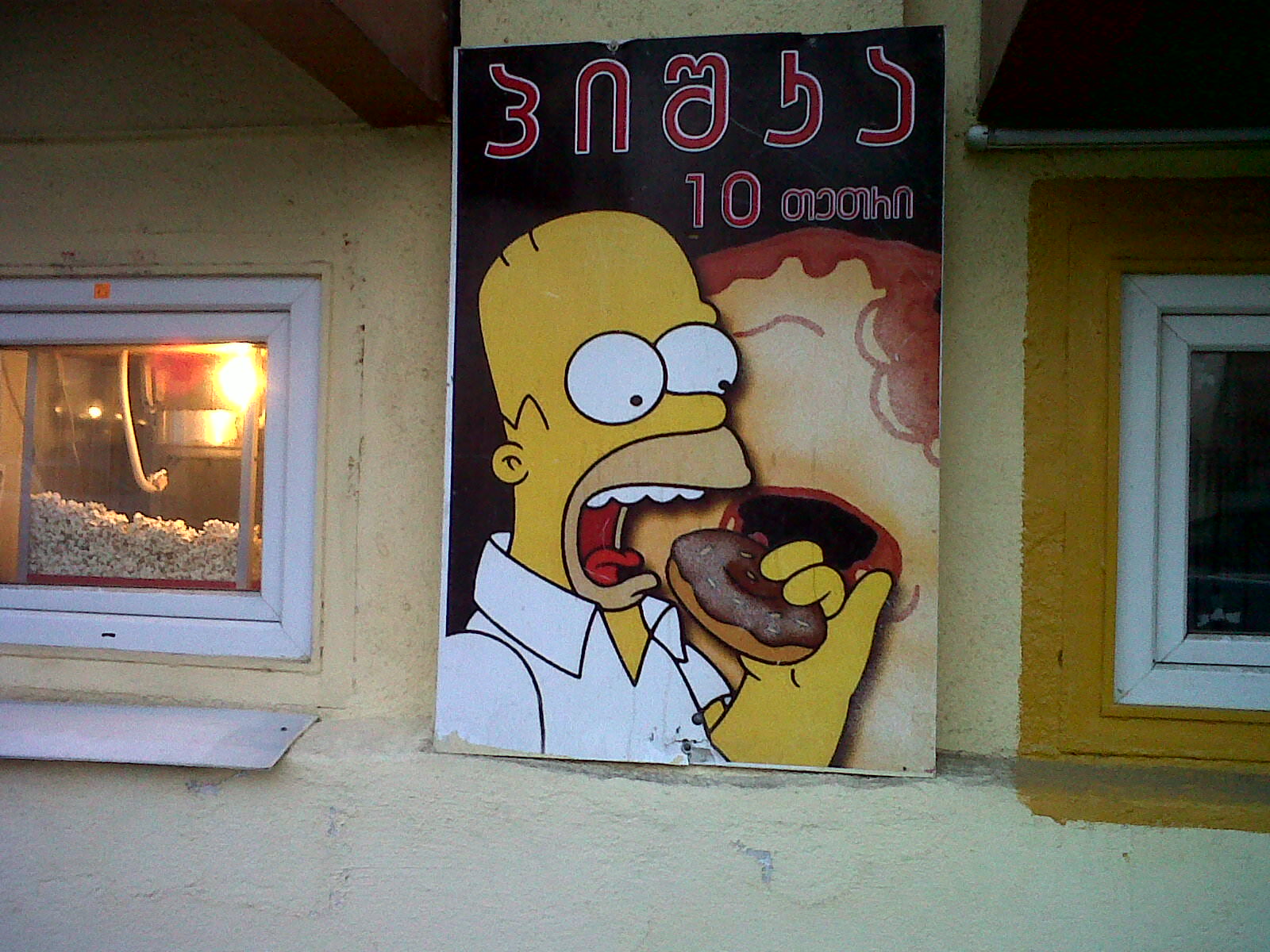 And everything about the city reminds me of Ali, all the things he told me about this place.  How beautiful it is, how cultured, how much they’re into food and wine.

I studied Russian so avidly as a kid.  It was like I wanted to BE Russian, not to say Soviet.  Now only a fragment of the language remains.  But I unearthed some of it in Dom Vina, a wine store I happened upon.  The elderly shopowner drew me in with a warm greeting, and we spoke for twenty minutes or so.  He didn’t speak any English nor I any Georgian, so whatever was communicated, came through in Russian.  He was a mechanical engineer, many patents to his name, and multiple science awards to his credit – they were all hung along the back of the shop.  He hadn’t worked in Irkutsk (home of the Soviet scientocracy) but he was impressed that I’d been there.

Alexander Kurdadze is his name – if anyone googles him, let me know what you find out.  There were even a couple of books about him in the shop.  Okay, so that’s a little vain, but hey – if wine sales taper off, maybe he could get one or two book sales to keep him going.  Anyway, he was cool, and gave me an excellent glass of dry red saperavi wine.  I asked to buy the bottle, and it was only about $4.  Of course it came in a one-liter plastic bottle with a screw top, but whatever.  It tastes pretty good!

This is me at dinner later that night.  I’m on a balcony and it’s getting pretty chilly – but the restaurant lays blankets over every chair, so you can sit out comfortably and watch people.  I had the best salad EVER – lots of spicy things over arugula – and Georgian red wine, plus the pretty cappuccino you can see in the pic.  What a lovely night.  The taxi ride back to my hotel was cheaper even than the bottle of wine.  Gotta love Georgia…

[…] here and here, saw NYC at the height of tourist season, ate my way across Georgia (the ex-Soviet one, not the grits one), drank my way around Buenos Aires, Argentina, saw the statue to Bill Clinton […]